Craw-Kan Team of the Week is the Fort Scott Tigers. 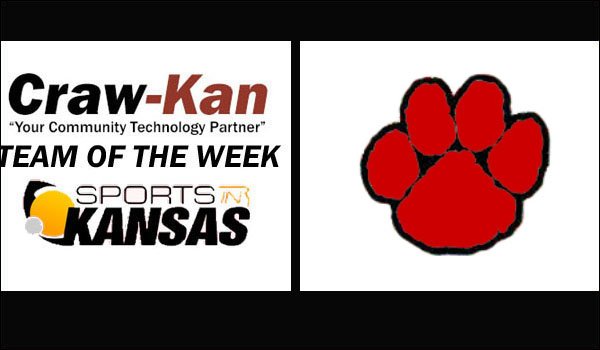 The Craw-Kan "Your Community Technology Partner" Team of the Week from the Southeast Kansas area is the Fort Scott High School Tigers football team for their dominating 42-20 4A-I district opening victory over Louisburg. It marked the first time FSHS had beaten Louisburg since 2005.

The Tigers (5-2) are off to a solid campaign in 2017 under head coach Bob Campbell after having a rare losing season a year ago. It was all Zarek Fewell on Friday night for the Tigers. The senior running back had 214 yards rushing with five touchdowns in the win. He currently leads all rushers in the state of Kansas in 4A-I with 1,224 yards after six weeks. The Tigers are led on defense by all-state lineman Andrew Callahan, linebacker Derek Bollinger and defensive back Jessie Lawrence. Lawerence has six interceptions on the season to rank third in all classes of Kansas.

Fort Scott improved to 1-0 in the district and will have a key district matchup this week with Paola on the road, also 1-0 in district play. The Panthers are 6-1 on the season with their only loss coming to #2 ranked De Soto. Paola is coming off a win over Ottawa last week.