v South Central's 'boy with wheels' scores his touchdown - Sports in Kansas 
Warning: include(../includes/bodytag.php): failed to open stream: No such file or directory in /home/kansass/public_html/ks/news/index.php on line 36 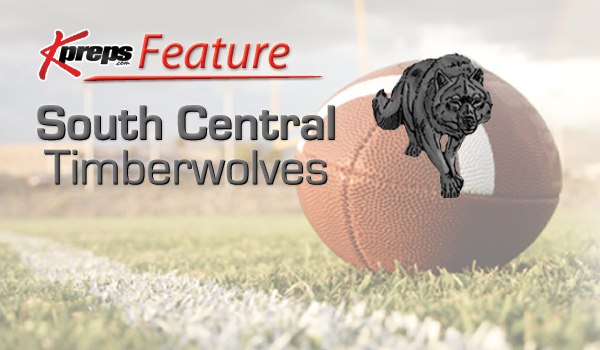 Zach Jellison, born with spina bifida, scored a one-yard touchdown in the 53-6 home win against Ingalls. Jellison’s cousin, senior Hunter Huck, pushed him into the end zone on a play that has reverberated throughout Kansas in the last several days. During the weekend, Smith had a texting conversation with Nicci.

“Like I told her, it’s fun to be a boy, and moms will never understand how fun it is to be a boy,” Smith said. “And for him to live in that moment for that one-yard carry, he is going to have that forever, and nobody can take it from him, and that’s just flat awesome.”

Second-year South Central coach Billy D. Nichols set up the play based on his longtime tradition of having every senior score.

“It just means everything,” Nicci said. “We have never held Zach back from doing anything he has wanted to do. Of course, his disability holds him back a little bit, but just seeing him be able to do something that everybody else can do, and them being so accepting of him, it’s just amazing.”

Mike Jellison, Zach’s father and Nicci’s husband, has heard from friends throughout the community, and as far away as Mexico, Utah and Chicago. Zach said he wanted people to hear his story and “keep on trying, never give up” in their own lives.

“It’s amazing how many people have seen this,” Mike said. “Not only seen it, but have gotten an inspiration from it, so that’s pretty cool.”

Nichols is a veteran coach with various stops in Oklahoma and at Montezuma-South Gray. In 1975, Nichols, then a freshman, played at Tyrone, Okla. for Jerry Slaton.

That season, Tyrone lost in triple overtime to Turpin, the eventual state champion. Slaton was let go after the year and went to Hanston where he went on to post a 234-73 record with six state titles and three runner-up finishes.

Nichols and Slaton remained good friends during the decades before Slaton passed away in 2008. Slaton’s high school teachings stayed with Nichols and led to a pair of state second-place finishes in both football and golf.

The two often gathered to commiserate and talk Xs and Os. Nichols still has a photo from the ’02 state championship game of him and Slaton. Had Slaton still been alive, Nichols said “there’s no doubt” the legendary coach would have traveled down to South Central last season.

In 2012, Nichols led Forgan to a 12-1 record and state runner-up. The school shuttered its program, and Nichols eventually came to South Central.

“(Football) was just something you lived, ate and breathed, and trying to get kids to dedicate themselves and stuff like that, and to try to teach the higher qualities of the game,” Nichols said. “If you are going to commit to something, by dang, you stay with it until I mean you just can’t breathe. I mean even if it’s church, or if it’s your community, if it’s your wife and marriage, I mean by golly you commit. You stay true.”

On each team, Nichols has always asked if any senior has never scored a touchdown. He usually has one or two.

“Every boy dreams of scoring a touchdown, and Zach is a football fanatic,” Nichols said.

“The boy with wheels”

Mike manages the Coldwater lumber yard. An old co-worker gave Mike a story right after Zach was born that he has always kept on his wall. The story says one is about to take a trip to Switzerland. The preparation and tickets are in order. The day of the journey, the trip is changed to the Netherlands.

“You are disappointed, because you didn’t go to your Switzerland trip, but when you got to the Netherlands, you’ve seen how amazing it was,” Mike said. “Well, that’s the same way with Zachary. … A different journey than a lot of families take, but I wouldn’t trade it for nothing.”

Nicci is from Coldwater and Mike is from Protection with many relatives on both sides in the community.

Mike recalled a story from when Zach was a child. The students were asked if they knew anyone who was handicapped. No one said Zach.

Smith taught Jellison three years in middle school science. Often, Jellison would come see Smith before school and drop off the lock for his bike. Jellison has long participated in music, band, Special Olympics, including bowling, basketball and track and won medals.

“Zach has always had a place in my heart,” Smith said. “He has always wanted to be one of the boys.”

Jellison didn’t talk until he was about four and quickly picked up sign language. He has now fully developed his lungs through swimming and his bike. The bike came from a football team fundraiser when Zach was in grade school.

“He is a very bright young man,” Smith said. “He is a special young man. He has had so many successes in Special Olympics.”

Now, Smith sees Nichols early in the morning. Jellison loves Kansas State, the Chiefs and Royals. Nichols is an Oklahoma and Broncos fan and the two will often banter back and forth on the rivalries.

Each practice, Nichols will make sure Jellison has his hat and sun screen. Nichols had to hold some players out for part of the Week 2 game for disciplinary reasons. One morning during that week, a teary-eyed Jellison came into Nichols’ classroom and was upset the boys had to miss part of the game.

“It just bothered the tar out of him,” Nichols said.

Nichols decided last Friday’s contest against Ingalls would be a good game for Jellison to score. South Central assistant coach Charles Austin is related to Ingalls coach Vestal Teeter, and Mike has known Teeter for many years.

Austin contacted Teeter before the game and the staff talked to Mike, who told Nicci on Thursday night. Nichols didn’t tell his principal, athletic director or the local newspaper.

“All the coaches have built up to this moment,” Mike said. “Not just Nichols. Not just Charlie. Matt Smith was very big – I guarantee you if Coach Smith was still here, the same thing would have happened.”

The plan was for Zach to score from one-yard out with no contact. Then, on the ensuing kickoff, South Central would drop to a knee and allow Ingalls to run the ball back for a touchdown. In practice, Nichols put Zach through the “gauntlet drill,” with carrying the ball through the defense. Huck pushed Zach through the line, and he did well.

“He was trained up and ready to go,” Nichols said.

South Central, 9-2 last season and 3-0 this fall, has seven seniors, including Jellison, who has long served as the inspirational leader. During games, he has consoled teammates during a tough time. At least one player stands close to him during the games. He served as team captain against Ingalls and won the coin toss.

Senior Dalton Morehead scored the first three touchdowns and couldn’t remember to step out at the one-yard line. Each time, Nichols held up his hands when Morehead walked to the sideline, and Morehead apologetically said he forgot. As the game progressed, South Central’s sideline focused on giving Jellison a chance. Mike kept walking down to the field level.

Nichols said he “was about to cry” when he turned to Jellison and said it was his turn. The seniors came and got Jellison, and Huck said “Let’s go.” Jellison put on his helmet. He told coach he “was scared to death.” Principal Jellison lept out of the stands and ran down to film.

“I liked it,” Zach said. “It was fun. I felt a little bit nervous. … Hunter had my back all the way. I calmed down and went for it.”

Huck pushed him straight through, and Zach held onto the ball. At the request of his teammates, he spiked the ball after the score.

“The love that this community has shown this boy and the whole team, both teams actually, that’s what small towns is about in my opinion,” Nicci said. “I keep telling everybody, it’s just crazy. That’s the only way that I can describe it. It’s just crazy, an awesome crazy.”