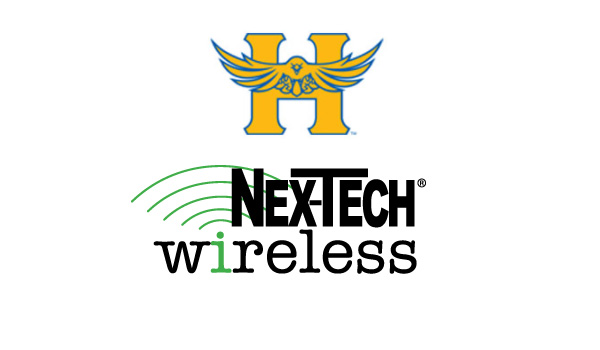 The Nex-Tech Wireless Central Kansas Athlete(s) of the Month for their performance over the month of August is going to a team this month instead of an individual. The Hutchinson High football team takes this team honor for opening up the 2017 season on August 31st with a 22-21 victory on the road over Olathe East. Not only did Hutch open up with a week one win they also took care of business last week with their 41-7 win over Newton to open the 2017 campaign 2-0.

The Salthawks, led by fourth year head coach Ryan Cornelson, are 2-0 under him for the third consecutive season. In the opener Hutch tied the game with Olathe East with one minute remaining on a Brody Smith touchdown. The Salthawks went for two with Brody Smith and it gave the Salthawks the 22-21 win. Last weeks win over Newton was led by Joesaiah Galindo with 132 rushing yards on 20 carries with two touchdowns.

Four Hutchinson ball carriers have over 100 yards a piece this season after two weeks including Galindo with 202 yards, Tayezahn Cough with 158 yards, Smith with 148 yards and Trevor Rhoades with 112 yards. The Hutchinson rushing attack hasn't had to throw much this season, in fact they have only attempted seven passes all year, completing three.

Hutchinson will be back in action at home this week against Salina Central (0-2) before going to Derby (1-1) for a 6A-power match-up on September 21st. The Salthawks were receiving votes in this weeks Kpreps Poll and were ranked 13th in the Rack Performance-Sports in Kansas All-Classes Super 25 poll.