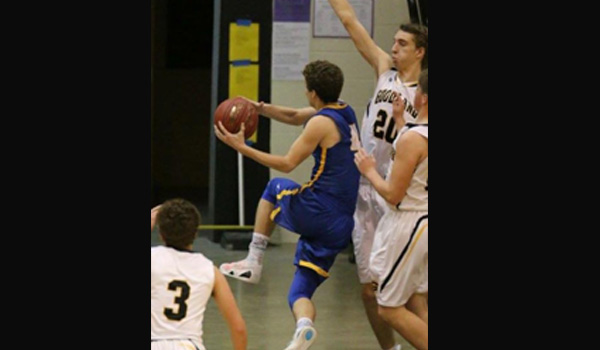 Norton High School senior Landon Porter has been named the Nex-Tech Wireless Athlete of the Month for Western Kansas for his play over the month of December.

Porter, a 6-foot-2 guard, has averaged 19 points per game over six games this season so far. He has also registered six rebounds per game for the Bluejays. Porter has scored in double figures in all six games this season, with a season low of 13 and a season high of 29. His 29 pts came against Goodland in a 72-43 victory back on December 13th. Porter now has 584 points in his career dating back to his freshman year for a average of 9.3 over 63 career games. He is just below the pace to score 1,000 points in his career.

Norton (6-0) looks to be one of the teams to watch in 3A this season. Two other players in addition to Porter are in double figures in Tyus Henson (13.7 ppg) and Jace Ruder (12.8 ppg). Henson, Porter, and Ruder all made the Topside All-Tourney Team back on December 10th in Goodland. In the last KBCA rankings before the break, the Bluejays were ranked #4 in Class 3A. They will be back in action this Friday on the road against MCL opponent Stockton.