v Craw-Kan Team of the Week: St. Mary's Colgan softball - Sports in Kansas 
Warning: include(../includes/bodytag.php): failed to open stream: No such file or directory in /home/kansass/public_html/ks/news/index.php on line 36

Colgan softball picked up a repeat in 2-1A. 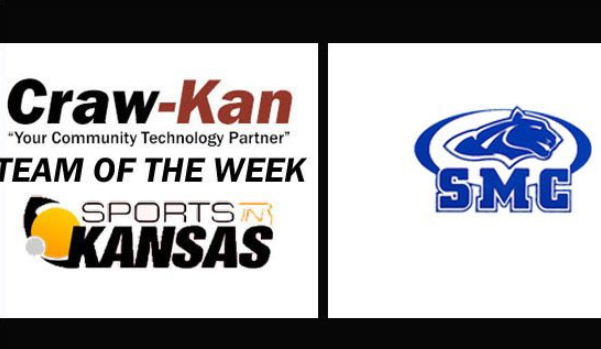 Pittsburg St. Mary’s-Colgan was the consensus Class 2-1A softball favorite all spring. Last weekend, the Panthers completed a 22-3 season with its second consecutive softball state championship. Colgan has won three all-time softball titles, in 2010 and ’19 before the pandemic cancelled last spring.

The softball season punctuated the most successful girls’ school year in Colgan annals.

Colgan returned multiple all-state players from ’19, including junior twins Ashley and Allison and Marietta, and senior Kaitlin Crossland. The twins and Crossland were first team all-state selections, and Crossland is the reigning 2-1A Player of the Year from ’19. Ashley plays centerfield, and Allie at catcher.

Colgan had three seniors and nine juniors. Crossland has pitched in the circle since her freshman year. In ’19, the Panthers were highly experienced with six four-year starters.

Earlier this week, Colgan had four first team all-CNC selections. The CNC enjoyed another banner season. Frontenac, which won the 2019 state title, went 11-1 and won the league this season. Longtime coach Cassie Rhuems was named coach of the year. Frontenac lost to Silver in the Class 3A state quarterfinals and finished 19-5.

Senior Millie Stockard had never played softball before her freshman year and was a surprise at designated player this spring. Freshman Eleanor Rieck was the second pitcher.

Coach Annie Dellasega has coached both state teams after a 24-2 season in ’19. Dellasega had previously served as an assistant coach for two years before she took over in ’19. That spring, Pittsburg rolled over Sacred Heart, 17-0, beat Jayhawk-Linn, 14-0, and beat Oskaloosa, 10-7, at state.

The Panthers were the only repeat softball champion from 2019. Last fall, Colgan won Class 3-2-1A golf in just the second year of existence. Colgan finished as Class 2A state runner-up in girls’ basketball, the best finish in school history. The Panthers finished sixth in state cross country. Allison Marietta was all-state with a 20th place finish.

Stockard, Crossland, Radell and Yaghmour were all key players in volleyball. For volleyball, Stockard was first team all-state by the Kansas Volleyball Coaches Association, and Crossland picked up second team.

In basketball, Crossland was honorable mention all-state by the Kansas Basketball Coaches Association.

This spring, Colgan was the No. 7 seed, though was the favorite behind its key players and its challenging CNC schedule. At Pratt, the Panthers beat Spearville, 6-2, defeated Mission Valley, 3-2, and knocked off Burlingame, 6-0, in the finals.

Mission Valley had the tying run at third base in the seventh inning, but Crossland struck out the last two batters.

Colgan outscored teams, 15-4. Of all the softball state champions, only 6A Topeka had a greater margin of victory. Colgan scored the most runs of all the champions.

At state, Colgan collectively hit .305 at state. Yaghmour led at .636, while the Mariettas and Crossland hit between .333 and .400. Crossland worked all 21 innings and allowed four runs on 16 hits. She struck out 29 against two walks.

Before state, Crossland had a massive year. She shutout Humboldt and threw a non-hitter against a solid Arma-Northeast team. She also drove in four runs against Riverton. Earlier in the season, Crossland shut out St. James Academy.

In the quarterfinals, Colgan led 2-0 after the first inning and 3-1 after two.  Colgan finished with six runs and 10 hits with zero errors. Spearville had two runs on six hits and two errors.