v American Implement Team of the Week: Holcomb Softball - Sports in Kansas 
Warning: include(../includes/bodytag.php): failed to open stream: No such file or directory in /home/kansass/public_html/ks/news/index.php on line 36

Holcomb having a big year. 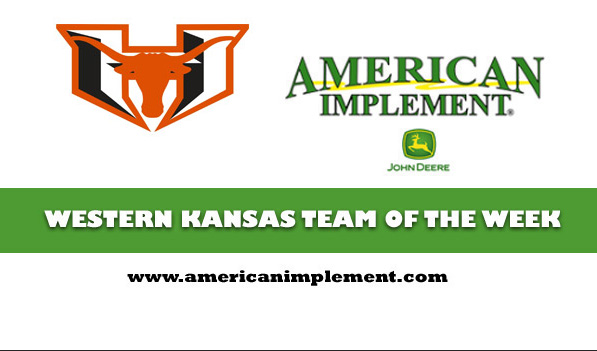 Pitcher Korryn Johnson and a group of talented freshmen has led Holcomb to its best record since the GWAC started in 2010-11. Johnson has posted a 15-3 record and 2.63 earned-run average with 152 strikeouts in 101 innings.

Holliday, McVey, Rodriguez and Cornelsen are all batting over .400.

Since then, Holcomb has swept Cimarron, Stanton County, Ulysses, Southwestern Heights, Goodland and Lakin. Versus Goodland, a traditional power, Holcomb won 6-5 in extra innings and a 10-0 victory. In the 12-game winning streak, Holcomb has six shutouts. The Longhorns will finish the regular season at Colby on Friday.

Holcomb was 4-12 in the last 16 games versus Goodland before this season. The 10-0 victory is the biggest margin of victory and first shutout versus the Cowgirls in at least a decade.

Kaden Johnson, Holcomb’s standout quarterback, is Korryn’s brother. Kaden participates in football, basketball and baseball. Kaden was first team all-league in football after he threw for 1,715 yards with 25 touchdowns accounted for. Korryn also plays volleyball and basketball. Korryn has a long term goal to play college softball at University of Oklahoma, the current No. 1 team in the country and a longtime elite power.