v Baseball/Softball in KS: M.Hill, B. Plaine breakout - Sports in Kansas 
Warning: include(../includes/bodytag.php): failed to open stream: No such file or directory in /home/kansass/public_html/ks/news/index.php on line 36

Maur Hill-MA is having a big year. 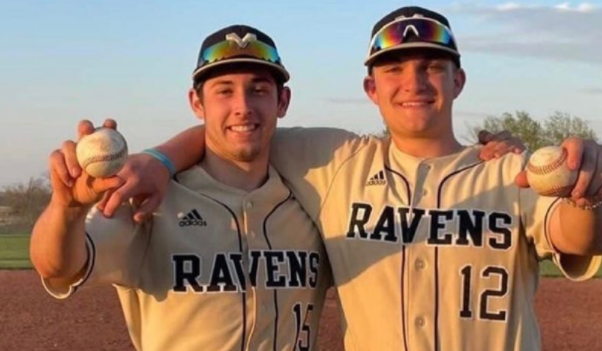 By CONOR NICHOLL for Sports in Kansas w/ Chet Kuplen

This week marks the last full week of the regular season for many teams. Regional play for the majority of the state starts May 17. This week, SIK looks at several intriguing softball/baseball teams that have not been featured yet this year. Plus, a quick recap of the top records for each class and regional.

All records and standings per KSHSAA entering Monday night unless otherwise noted.

We start this week with Maur Hill baseball:

2-1A Baseball: Maur Hill down a classification, looks for rare state appearance, Drew Caudle/Aaron Noll in running for POY; Beagle with 45/0 K/BB ratio

In 2019, Maur Hill won 19 straight games and then lost, 13-6, to Sabetha at regional. Sabetha has won back-to-back 3A state titles. Maur Hill has never won a state baseball championship. The 2006 squad finished second, which is the lone trip to the state tournament, according to KSHSAA archives.

This season, MH likely stands a much better chance of reaching the state tournament as the Ravens are in 2-1A. In the Valley Falls regional, Maur Hill is 15-1 and Valley Falls is 14-1. Those are the only two squads in that regional at .500 or better. Those two teams split a doubleheader on April 8. Maur Hill won the first game, 7-3, and lost the second contest, 2-1. Since then, Maur Hill is 9-0, has won every game by at least eight runs – and permitted just seven total runs.

This year, Maur Hill has outscored teams, 226-21. MH has collectively hit .414 with a .532 on-base percentage. The Ravens have been outstanding with pitching and defense. Maur Hill has a 0.99 earned-run average and .970 fielding percentage.

Caudle has delivered a huge season with a .558 average with 13 extra-base hits with nine doubles, two triples and two homers. Caudle has driven in 29 runs. He and Noll are strong candidate for 2-1A SIK Player of the Year. Caudle comes from an impressive family of athletes, including his father and older brothers.

Beagle took the loss against Valley Falls, though threw a complete game with two runs on seven hits allowed, along with nine strikeouts against zero walks.

That is Cheney’s only loss in girls’ basketball or softball this school year. Many of the Cardinals’ top girls are key players in both sports.

Before then, Belle Plaine was 1-8 in its last nine meetings when Cheney dating back to 2010. As well, BP was 0-3 against Kingman in the last three years before the win.

Talbot is excellent in the circle with a 3-0 record with a 0.33 earned-run average with 19 strikeouts against one walk in 21.1 innings. Lujan is 3-2 with 42.1 innings. Talbot carries a 1-1 record with a 2.45 ERA with 25.2 innings. All three pitchers threw in the Cheney win, and Talbot worked 1.2 scoreless innings with four strikeouts.

Comeback of the year? Mia Brown, sophomore of Frontenac, suffered a terrible leg injury in volleyball that would have her out for her entire sophomore season. Many thought it may even be longer. Tibula/fiubla snap fracture and dislocation, now with a metal rod in her leg. Brown has done the unthinkable by putting in hours and hours of PT to get herself ready for the season to play. Not only did she do that, she has put herself in position to be one of the top 3A players/pitchers in Kansas so far this season with a 12-4 record (2.85 ERA) in the circle for 2021. She is also hitting ..413 with a .793 slugging, three doubles, three triples, three home runs and 22 RBI. Such an inspirational story on Brown. Frontenac is a serious contender in 3A under HC Cassie Rhuems. The Raiders won the last title in 3A in 2019 over Silver Lake. Heather Arnett has been one of the top players in any class this season as a junior.

Clearwater has one state tournament appearance since 2000, per KSHSAA archives. That is a state runner-up in 2014. In 2019, the Indians finished 14-8 and returned a high volume of key players: seniors Macie McCray, Ireland Cotton, Briona Woods, Chloe Middleton, and Makenzie Haslett, plus juniors Hayley Gerberding and Kayleigh Herdman. Clearwater has freshman Elizabeth Tjaden, a terrific player in basketball and softball. Overall, the Indians have seven seniors.

Clearwater has averaged more than 12 runs a game, including a sweep against Augusta (12-11, 16-4) on Monday. Woods, Tjaden and Herdman all hit homers. Clearwater delivered 33 hits in the doubleheader. Clearwater was swept by Andale-Garden Plain on April 26, though Woods hit a two-run homer.

Jace Bachman is hitting .679 for Lakin this season with 36 hits over 15 games for the Broncs. Hunter Davis, an all-state basketball player, is hitting .591.

Avery Johnson continues to impress as one of the states top multiple sports athletes. Hes one of the best QBs nationally in the class of 2023, all-state in basketball and now hitting .641 for the Maize Eagles in 5A this season.  Just a sophomore.

Karsten McKee is having a breakout season for Pleasanton (2-1A) with 22 hits over 12 games this season.

Nolan Crumrine continues to impress for 2-1A Sedgwick with a .579 average this season. He's also 5-0 on the mound with 60 strikeouts in 29 innings pitched. Teammate Lance Hoffsommer (.553 AVG) is also having a big year and is one of the top returning QBs in the state. Austin Harjo is also hitting .541 for the Cardinals.

Jackson Stonestreet and Oscar Gallardo are having very good seasons for Bishop Carroll each hitting over .550 for the Golden Eagles. Ethan Stucky also hitting .543

Girard has shown some power this year in 3A with Wyatt Foley (3 homers), Kaden Harrison (3 homers), Alex Coester (two home runs) and Logan Thomas (one home run). With the lineup they have and solid pitching from Thomas and Caden Lallamend the Trojans are a team to watch in 3A.

Amie Yoder is hitting .711 this season for Haven with 27 hits over 14 games played. Maguire Estill has picked up seven wins in the circle with 62 strikeouts in 40 innings pitched. She is also hitting .558 with 18 RBI on 24 hits.

Talyn Beltran of Lakin is hitting .704 this season for the Lakin Broncs. Teammate Taegan Bachman is hitting .660. Jaya Esquibel also over .650 on the season.

Kendall Forbes is hitting .688 this season with 22 hits and 22 RBI for Bishop Carroll as a junior. The middle infielder is one of the top players in 5A. Teammate Kiley Brewster is hitting .622 on the season with 23 hits.

Sadey Walker is hitting .675 for Holton this year with 54 hits. 54 hits leads all classes of Kansas this year. Teammate Brooke Flewelling is hitting .587 with 37 hits. Holton is a serious team to watch in 4A with a lot of power. Walker is also 10-0 in the circle.

Annalee Kealey of Wichita Heights is hitting .702 this season with 33 hits over 14 games.

Jenna Richardson of Cedar Vale/Dexter is hitting .708 this season with 34 hits over 15 games. Kaitlynn ANderson is hitting .569 for the team.  Anderson has 163 strikeouts.

The top 6A East teams are Olathe North (12-2), Gardner-Edgerton (11-2) and Blue Valley (10-5). As normal, the Sunflower League, the state’s best conference for softball, has yielded 6A East parity. Eight teams are 7-7 or better, and two other Sunflower League squads stand at 7-9 and 6-8.

In 4A, Holton has already completed its regular season at 19-1 with an average score of 13-2. Holton, like Topeka High, Free State and Spring Hill, has been featured on SIK already this spring.

In 3A, Prairie View leads the Burlington regional at 10-3, while Osage City is 11-4 and has Hayden Serna, headed to Central Missouri softball.

After Monday, Cheney improved to 15-1. Cheney beat Mulvane, 5-4 and Cheney, 10-2. In the 5-4 victory, Ace Korri Lies improved to 8-0 with a complete game. She struck out 10 and permitted five hitrs. Kylee Scheer delivered three hits, and Jailyn Adolph hit an inside-the-park homer.

In the 10-2 win, Lies picked up the victory, and Elina Bartlett delivered the save. Bartlett had two triples, and Lexi Cline had a great catch in the right field to end the game.

In Class 2-1A, Ell-Saline paces its own regional at 11-3, and Ellis is 10-6. Ellis standout freshman Kaydawn Haag returned from an injury suffered in the state wrestling championship. Ellis is 7-1 in its last eight games, including a quality split versus Russell/Victoria.

In 3A, Scott City is 13-3 and headlines the Colby regional. At the Columbus regional, Baxter Springs is 13-3, Caney Valley stands at 12-4, and Girard stands at 13-5. Frontenac is also having a great year in the same regional as the previous four teams mentioned and could very much be a contender.

Southeast of Saline leads the Council Grove and stands at 15-1. The Anderson County regional as Fredonia/Elk Valley at 9-1, and AC is 13-3. The Thomas More Prep regional is close with the top five teams between 9-4 and 6-6.

In 2-1A, Cherokee-Southeast (11-4) paces Arma-Northeast regional, followed by Pittsburg-Colgan at 8-6. Colgan will be the favorite and plays one of the toughest 2-1A schedules.

At Marion, Sedgwick easily leads at 13-1. With Medicine Lodge, defending 2019 champion Elkhart is 12-2, and Bucklin/South Central stands at 12-5. Central-Burden paces Udall with 13-0.