v Track in KS: O. West's Cline, Fairchild, Peters at top - Sports in Kansas 
Warning: include(../includes/bodytag.php): failed to open stream: No such file or directory in /home/kansass/public_html/ks/news/index.php on line 36

Several impressed this week across the state of Kansas. 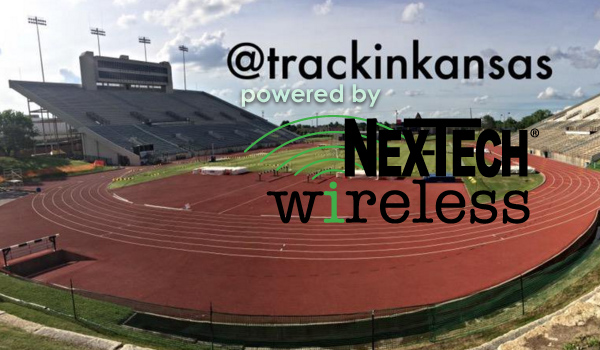 Plenty of news and notes in the last week of Kansas track and field. We start, though, with Olathe Northwest:

All leaderboard rankings from Kansas historian Carol Swenson at Sports In Kansas unless otherwise noted.

Yarnell clears 125 in discus – in a softball uniform

In a remarkable day, Olathe Northwest freshman Kendall Yarnell helped ONW earn a 23-0 softball victory in three innings. Then, she won the discus with a mark of 125-1, which was a personal record by nearly 10 feet. Yarnell ranks top-10 for all classes and fourth best in 6A. Yarnell made the discus throw in her softball uniform. As of middle of last week, Yarnell had hit three homers. On April 25, Yarnell had posted 106-11 in the discus. On April 16, she threw 115-9.5.

The Trials of Miles, held in Leavenworth on Saturday, was a significant headliner for its elite high school, developmental and professional runners. The high school girls’ side featured the first sub-5:00 time in the 1,600 this spring. Blue Valley Northwest’s Riley Beach, an Iowa State signing and featured on SIK last fall, posted 4:58.53. Olathe North’s Anjali Hocker Singh was second in 5:01.10. Bishop Carroll’s Hope Jackson was third in 5:02.26, and Stanton County’s Chesney Peterson took fourth in 5:02.20. Olathe North’s Kaylee Tobaben was fifth in 5:09.06 and Southeast of Saline’s Jentrie Alderson was sixth in 5:10.87 in the highly quick field.

Currently, Beach, Singh, Peterson, Jackson, Alderson and Tobaben all rank in the top-9 in Kansas in the 1,600. Singh’s time is third-best, slightly behind Chapman’s Taylor Briggs.

Those times rank 1-3, respectively in Kansas. Sprecker stands second with a season-best 4:18.84.

Andale’s Katelyn Fairchild and her sister, McKenzie, attended the Dakota Relays this past weekend, a competition that has occurred since 1923. Katelyn won the discus with a 140-9 throw.

Katelyn is currently first in the shot put in all Kansas classes at 45 feet. She and McKenzie are 2-3 in the discus at 150 feet and 133-8. Katelyn is first in the javelin at 171-7, which is third all-time in Kansas.

Peters, featured on SIK several times, cleared 13 feet for a new personal record in the pole vault. That is the fourth-best in Kansas history. Peters had previously cleared 12-10, which is the 3A state record, and had reached 12-6 this spring. Peters is the defending 3A champion in the event and has signed with Pittsburg State University track.

Olathe West, which is in its fourth year of existence and third season in track, had several nice school marks on Friday at the Gardner meet. OW is possibly the 6A girls’ favorite with Cline and a host of top athletes.

Cline delivered a big day – and has arguably the most impressive resume of any girl this spring, especially in the sprints.

Cline, along with Allysa Moore, Parker Jackson and Destiny Lassiter, delivered 49.02 seconds in the 400 relay. That won the event, set the meet record and school mark and is currently the No. 1 time in Kansas by .01 seconds ahead of Leavenworth.

In the pole vault, Wait and Mill Valley senior Lily Fleetwood each cleared 12-3, though Wait won on misses. OW senior Claire Thomas tied for third with a 10-3 clearance.

Oscar Ortiz earned school marks in the shot put and discus with throws of 44-6 and 135-5.

Asees Kang cleared 4-11 in the high jump for a new school record. She took third on misses to Blue Valley Southwest’s Reese Bates and Paola’s Maddie Pitzer, both sophomores.

Sophomore Tyler Jones took second in the triple jump with a personal best of 41-6. Mill Valley junior Adrian Dimond won the event in 45-4.5. Jones cleared 6-7 to win the high jump.

His sister, sophomore Tymaya Jones won the triple jump in 34-5.

The Beloit Relays is a massive meet that features more than 20 teams. Scoring is split into 1A-2A and 3A-4A. On Friday, for the boys’ side, Southeast of Saline easily won in 3-4A with 164 points, while Chapman was second with 67.

Burton is fourth in the shot put in 42-3.75 and first in the discus with 153-6. The discus mark broke her own school record.

In the javelin, BSJT’s Lauryn Dubbert (Newman basketball) captured the event in 125-11, while Riley County’s Jessi Brummett threw 122-3, and Clifton-Clyde’s Kiara Knox tossed 120-5. Clay Center’s Maddie Craig went 36-1.5 in the triple jump. Beloit’s Grady Seyfert tossed 152-11 in the discus. Seyfert is a standout sophomore in football and track; his dad, Casey, was an All-American thrower at Fort Hays.

Dubbert enjoyed another huge day. She took second in the 100 hurdles with 16.63 and captured the pole vault with a 10-foot clearance. Dubbert won the javelin and was second in the 300 hurdles in 49.13 seconds.

On Friday, Halstead girls broke a school record in the 3,200 relay with a time of 9:59.53. The relay has sophomore Kaleigh O’Brien, junior Elena Flask, freshman Dominique Schutte and senior Parker Schroeder. In particular, O’Brien, Schutte and Schroeder were key members of Halstead’s state qualifying basketball team this winter,

Smoky Valley girls broke a school mark on Friday in the 3,200 relay in 9:58.93. The relay has senior McKinley Johnson, freshman Keira Mullen, junior Abby Rose and junior Gracie Lambert. Johnson has signed with Hutchinson CC volleyball, Rose is a high-level Division I prospect and the reigning 3A Volleyball Player of the Year.

Moscow’s Adan Granillo, a deaf student, has helped the Wildcats finish first and second in six-man football the last two years. He was SIK 6-Man Defensive Player of the Year last fall. Granillo broke the school record in the triple jump when he leaped 43-7. His cousin, Tony Granillo, previously held the mark of 43-2 set in 2008.

Stockton sophomore Kaelyn Means threw 120-3 in the discus at the Quinter meet. That broke the school mark of 113-3 set in 1995.

Augusta’s Maycee Anderson broke the school’s long jump record when she went 17-1.5. The previous record was set in 1991.

For K.C. Piper, Davis Capps and Logan Ladish continue to improve their school records in the 800 and javelin at the De Soto track meet. Capps ran 2:00.23, and Logan threw 173-5.

Hays High swept boys and girls at the McPherson meet. For the girls, HHS posted 142.5 points, just ahead of McPherson’s 136 and Valley Center’s 125.5.  On the boys, Hays High delivered 165 points, well in front of runner-up’s Salina Central’s 108.

Green ranks fourth for all classes in the long jump. Kanak stands fourth in the 100 and fifth in the 200 in Kansas.

The WaKeeney Goldsmith Relays (1-3A schools) had five elite marks. Plainville’s Emma Rudman was second in the discus in 120-2, Plainville’s Brooklyn Staab won the discus in 120-10, and Oberlin-Decatur Community’s Rayne Erickson cleared 5-5 in the high jump. Oakley’s Liberty Booker, who recently set the Plainsmen school record in the shot put, went 39-10.25 to win the event. Norton’s Christien Hawks, an Air Force football commit, threw 53-3 in the shot put.