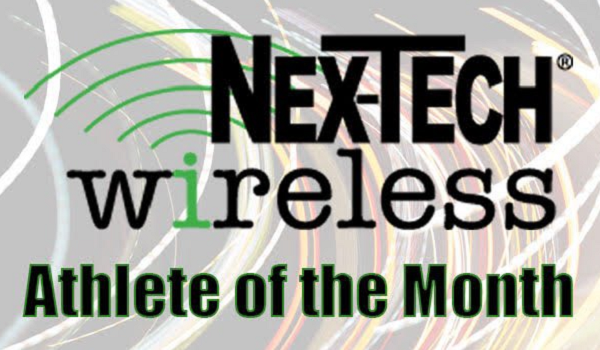 Last fall, Smoky Valley junior Madi Tolle and senior Belle Peters both played right side for the Viking volleyball team. SV was 1-35 three years earlier. Then, the Vikings improved to 15-23 and 24-15 before SV returned the entire team for 2020.

Smoky Valley went to state for the first time since 1986. SV completed a 35-4 season and earned Class 3A state runner-up to Sabetha. Junior Abby Rose, a high-level Division I prospect, collected Class 3A Player of the Year. Tolle and Peters were part of a deep team. Tolle played in 72 sets and recorded 99 kills. Peters appeared in all 87 sets with 83 kills. Tolle recorded 55 blocks, five more than Peters.

“Belle and I were super close since we had the same position,” Tolle said told SIK in late winter. “We were in the same boat the whole year and seeing how the team ... this volleyball season kind of bled over into wrestling and kind of helped with the atmosphere.”

The volleyball success has now yielded big seasons for Tolle and Peters in three other sports. Peters is one of Kansas’ most well-known female athletes. She is fifth all-time in Kansas in the pole vault with a 12 foot, 10 inch clearance. Peters has signed with Pittsburg State track. This spring, she has delivered a 12-6 vault, tied for Kansas’ best.

Tolle, though, has enjoyed a similar run, including in softball this spring.

In wrestling, Tolle said the SV boys had “begged” her, Peters and Noelle Peters to wrestle. The trio of first-year wrestlers all qualified for state (final eight) and tallied 26 points. SV tied for 12th with 26 points in Division II (Classes 4-1A).

Belle Peters went 20-6 and took fourth at 138 pounds. Tolle was undefeated until state and posted a 17-1 mark with a third-place finish at 191.

“I came in with low expectations, but high hopes,” Tolle said.

Smoky Valley is part of the challenging Hesston regional. Haven leads at 13-1, Smoky Valley is 12-2, Southeast of Saline stands at 12-4, and Hillsboro/Peabody-Burns is 9-5, per KSHSAA.

Entering Friday, SV had not lost since a split versus Hillsboro-PB on April 6. Smoky Valley has tallied at least 13 runs in eight games.

Smoky Valley also split with Pratt (11-5) on April 1. Tolle had the game-winning hit in a 4-3 comeback win. SV trailed 3-0 in the game. She homered, doubled, two singles and drove in two runs in the game.

On April 23, Smoky Valley faced Larned and won, 16-1 and 17-0. Tolle hit four homers in the doubleheader, including two homers and five RBI in the first game. Smoky Valley has already exceeded 2019’s win total of a 9-10 season.

As well, Smoky Valley performed well at the Class 3A state powerlifting meet held at Halstead on March 27. SV finished as state runner-up with 57 points, five behind Colby.

Belle and Noelle were both state champions, along with Lukas Apel for the boys. Breanne Peters and Tolle earned state runner-ups. At 181 pounds, Tolle took second overall. She finished second in the bench at 135, second in the squat at 240 and first in clean with 185.