v American Implement Team of the Week: Liberal Track - Sports in Kansas 
Warning: include(../includes/bodytag.php): failed to open stream: No such file or directory in /home/kansass/public_html/ks/news/index.php on line 36 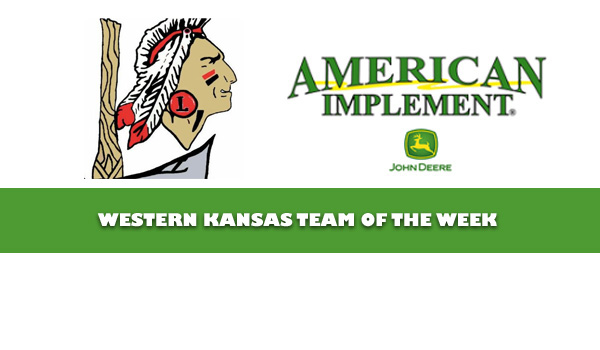 Liberal girls’ basketball and boys’ track have enjoyed a high level of success in recent years. Boys’ track earned sixth as a team in ’17 and third in ’18. Liberal girls’ basketball has consistently ranked as one of the state’s best programs in the last five years under Carter Kruger and Brandi Fowler. The Redskins have posted 17-5, 23-2, 22-1, 23-0 and 17-5 marks in that span.

In 2019, boys’ track took a step back and had just one state placer when Malcolm Wiltshire earned sixth in the high jump, per KSHSAA archives. Last spring, track was cancelled from the pandemic.

This year, Liberal track has posted strong marks on the boys’ and girls’ side, notably at the Pre-State Challenge held late last week at Wichita State University’s Cessna Stadium. The Pre-State Challenge is one of the state’s top regular season meets. Competition is split into 1-3A, 4-6A and the all-classes Elite division. Eighteen boys teams, ranging from a group that included smaller schools Meade and Olpe to larger programs Topeka Hayden, Andale and Andover, scored a point on the boys’ elite side. Fourteen girls’ squads tallied at least one point.

Liberal, helped by Wiltshire and strong relays, won the boys’ Elite with 18 points, four more than Chanute. Liberal tallied one point on the girls. However, several girls stood out in the 4-6A competition. The Redskin boys won the Elite 1,600 relay in 3 minutes, 36.32 seconds and the Elite 3,200 in 8:37.94. Both times, which came in rainy and cold weather, are just off the top-10 list for all classes, per Kansas historian Carol Swenson.

As well, senior Erich Ortiz won the 400-meter dash title in 4-6A in 52.6 seconds. Wiltshire, a senior, tied for first in the 4-6A triple jump at 40-5.5 with Rose Hill junior Carter Wagner. Wagner had the better second jump and captured the event. Wiltshire took 15th in the javelin and 16th in the long jump in 4-6A.

Liberal had nine basketball girls who played in at least 19 games this winter, led by seniors Halle Payton, Aubrey Warden, Reece Hay and Logan Dodge. Plus, veteran juniors Bree Horyna and Ashley Carrillo were in all 22 games, along with standout freshman Hailey Contreras. Sophomore Rylie Hallman tallied 21 games, and freshman Elle Hatcher was in 19.

Carrillo led with 16.1 points and three assists, and Horyna delivered with 8.5 points, 6.7 rebounds and 2.6 assists. Warden finished with five points and six rebounds a game. Contreras is currently ranked third and Hatcher eighth in the Class of 2024 Kansas basketball players, per industry leader Prep Girls Hoops. Warden had previously signed with Newman University for basketball.

Carrillo is already one of Kansas’ top soccer goal scorers. Last Thursday, Carrillo tallied four goals in a game in a 9-1 win versus Great Bend. That broke Kim Alarcon’s school record of 14, according to longtime Liberal broadcaster Brock Kappelmann. Carrillo has 16 goals in nine games. Alarcon, who also played basketball, set the mark in 2018 and then went onto play for Barton County Community College soccer.

Milly McClure has helped turn around Liberal softball and signed with NAIA Hastings College softball. McClure carries a .450 average through eight games. Liberal is 4-5. The Redskins were 12-9 in 2019 and 8-8 in ’18, according to MaxPreps.

In the 4A-6A division, Hallman earned fifth in the triple jump in 31-4 and eighth in the 200 in 28.05. Hatcher took 19th in the 400 in 1:09.18, though placed second among freshmen. This should be Liberal’s best girls’ track team in at least three years. The last Liberal girl to place at the state meet came in 2018 when Machia Mullens was seventh in the javelin. Mullens and Katie Horyna just finished freshman basketball seasons at Division I’s Missouri-Kansas City and Abilene Christian, respectively.