v Sports in KS: Around the State Baseball/Softball Update - Sports in Kansas 
Warning: include(../includes/bodytag.php): failed to open stream: No such file or directory in /home/kansass/public_html/ks/news/index.php on line 36

Sports in KS: Around the State Baseball/Softball Update 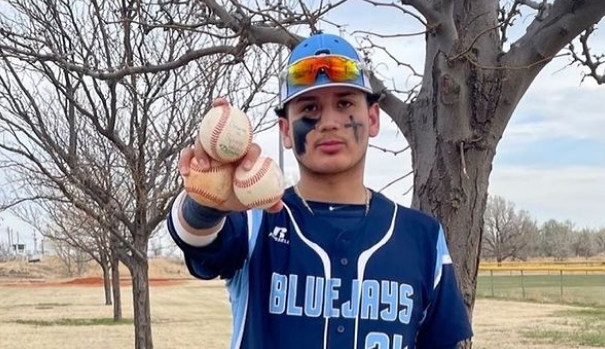 News or things we should know about? Send suggestions/tips/info to Conor Nicholl at cnicholl1@gmail.com.

The Sunflower League has consistently been Kansas’ best conference for softball. Olathe East has captured eight state championships, all between 1998 and 2013. OE has 15 league crowns from ’98 to  ’14.

This spring, the Sunflower League has taken a great step of promoting its softball players through a Twitter site, @SFLSOFTBALL. While many sports, including football, wrestling and track, have easily accessible results, baseball/softball is often non-public information and/or teams don’t use accessible sites like MaxPreps. Great credit to the Sunflower for promoting the entire conference for softball. Below is some of the top happenings through the first 10 days of the softball and baseball seasons, both from the Sunflower League and throughout Kansas.

On March 30, Free State swept Olathe Northwest in the season opener behind another shutout from Clopton. She permitted three hits and struck out 17. Kinzie Clopton also finished 2 of 3 in the victory. In the second game versus ONW, Sara Roszak went 2 of 3 with a homer in the 10-2 win. Tatum Clopton has signed with Oklahoma State, Roszak with University of Kansas and catcher Georgia Rea with Western Illinois University.

On April 1, Clopton led Free State to a 12-0 win against Shawnee Mission North.

Free State continued its dominance with an 8-0 win against Shawnee Mission Northwest on Friday. Tatum Clopton threw another shutout and struck out 18 of 22 batters. Free State’s Roszak hit two homers and drove in four runs. Jasmine Brixius finished 3 of 4 with a triple, double and two RBIs.

Olathe Northwest freshman Ashlyn Gaughan went 3 of 4 with two doubles, including a game-tying double in the top of the seventh inning Friday. Northwest defeated Mill Valley, 10-9. Ally Kukowski went 3 of 3 with three runs scored. She has signed with Highland Community College, a nationally ranked junior college program. Freshman Kendall Yarnell finished 3 of 4 with a two-run homer, the first of her career. Maddie Ellsworth has signed with Northwest Kansas Technical College – located in Goodland – to play college softball. Madi O’Farrell has signed with Missouri S&T.

Shawnee Mission South’s Brelle Dee was the team’s player of the game for her pitching performance Friday. South held off SM North, 5-4.

Cheney girls, a strong 3A contender, swept Chaparral, 18-2 and 15-3. Korri Lies, the Cardinals’ outstanding pitcher, struck out five and walked zero en route to her third win this season. Lies delivered a pair of doubles and drove in two runs. Kylee Scheer, an Emporia State basketball signing, delivered an inside-the-park homer. In the second contest, Peyton McCormick earned the win when she struck out eight. Cheney improved to 6-0 after an undefeated basketball season and 3A state title this winter.

Haven, a traditional 3A powerhouse under veteran coach Darin Ashworth, has opened 6-0. The Wildcats have opened with a .528 batting average and 0.81 earned-run average. Senior Maguire Estill, a Division II Arkansas-Monticello signing, carries an .882 mark with two homers and 14 RBI. Junior Amie Yoder is at .786 with nine RBI. Freshman Sadie Estill bats .615, and senior Brooke Brawner hits .579 with a team-high six doubles.

Brooke Brawner and Estill are each 3-0 and have combined for a 0.81 ERA. They have 30 strikeouts against six walks in 26 innings. This week provides a marquee matchup against Hoisington/Central Plains on Friday. On March 30, Hoisington split with a strong Lyons team with a 14-6 victory and a 7-6 loss.

Sophomore Halie Feikert and junior Emalea Warden lead with .667 and .615 averages, respectively. Bucklin is in its third year of existence with coach Amy Fleener. Warden and Feikert each started in 2019 when the team finished 10-10. For Spearville, senior Addia Nau and sophomore Cameron Offerle lead with .800 and .545 averages, respectively. Spearville finished 13-6 and 19-3 the last two years.

In addition to the three wins against Hays High, Dodge City opened with 16-0 and 18-0 wins against Wichita South.

Mission Valley has already delivered one of Kansas’ best resumes with a 7-1 start. MV split with longtime power Chase County in the season opener on March 26. Mission Valley beat CC, 15-0, in the opener and then 5-4 in the second game.

Then, MV won its next three games by a combined score of 30-0. On Friday, Mission Valley beat Osage City, 12-2. OC is 5-3 and has senior Hayden Serna, a Central Missouri softball signing. MV has five seniors, all who significantly play.

Northeast-Arma freshman Shelby Underwood has enjoyed two standout performances. Underwood struck out 11 batters against Jayhawk-Linn and 14 versus Marmaton Valley. Underwood is one of the top small school freshman in the state.

Southeast Kansas' CNC league should be very solid again in 2021 softball. Frontenac (2019 3A champ) and Colgan (2019 2-1A champ) split last week. Frontenac freshman Abby Beaman hit three home runs over the double header as well as freshman Annie Lee hit a homer. Frontenac, led by 2x SIK COY Cassie Rhuems, is led by junior all-state player Heather Arnett. Frontenac has a loaded freshman class. Colgan is led by senior standout Kaitlin Crossland (2019 2-1A 3A POY) as well as Ashley and Allie Marietta (2019 SIK All-State picks as Freshman) who are seeing Division I softball interest. Galena also features Auburn committ Riley McNemar and will be a team to watch for in 3A. Baxter, Girard and Columbus should all have solid teams and players as well. Riverton, a state power, is a little unknown at this point but you can always count on Brian Mitchell having a competitive team as he is one of the best in Kansas.

In a wild Western Athletic Conference game Friday, Garden City rallied for five runs in the bottom of the seventh and defeated Hays High, 23-22, in a home game. The game featured 38 hits and 11 errors. Hays High won the first game, 16-6, in five innings. HHS stands at 3-1, 1-1 in the WAC. Garden City is 6-2, 2-2. Garrett Wellbrock is 2-0 for the Indians, per Hays Post. Hays High swept Washburn Rural in its home opener.

Cheney baseball swept Chaparral, 10-0, and 20-0. In the 10-0 victory, Harrison Voth improved to 2-0. Jack Voth and Logan Bartlett went a combined 4 of 7. In the 20-0 win, Harrison Voth worked all five innings and struck out 12 against three walks.

Maize sophomore Avery Johnson has continued his outstanding school year. Johnson played quarterback for the Eagles and has earned Division I Power 5 offers. He was a standout player for Maize’s boys’ basketball state title this winter. Johnson has opened baseball with an .846 average, tops in Kansas, per MaxPreps. He recorded 11 hits in his first 13 at-bats. Maize is 3-2 with a pair of one-run losses. The Eagles fell, 10-9, to Bishop Carroll on March 26, and split a doubleheader with Salina South on April 9. Maize beat South, 14-6, and lost, 7-6.