Leah Renyer of Sabetha has had an outstanding senior season. 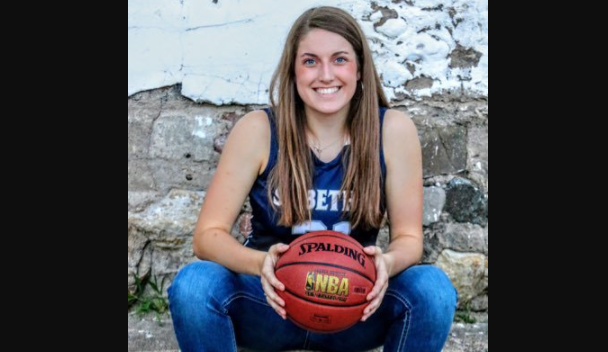 Sabetha 5-foot-9 senior Leah Renyer capped a remarkable volleyball and basketball season with a signature moment at the Class 3A state basketball tournament. Her buzzer-beater defeated Hugoton in the semifinals.

In the fall, Renyer and senior Melinna Schumann both earned first team Class 3A all-state by the Kansas Volleyball Coaches Association. They led Sabetha to a state volleyball title.

Schumann and Renyer were both among the top-10 3A Player of the Year finalists released by SIK earlier this month. Cheney’s Kylee Scheer captured the award for a third straight winter. The Big 7 had four of the 10 selections, along with Nemaha Central’s Cassidy Corby and Royal Valley’s Mahpiya Irving.

Schumann and Renyer are widely considered two of the best to ever play at Sabetha. Both were also unanimous Big 7 all-league picks.

In sub-state, the Bluejays collected a 44-41 overtime win versus Royal Valley, and then defeated Nemaha Central, 27-24, in double overtime in the sub-state title game.

In the state quarterfinals, Sabetha beat Silver Lake, 47-28, behind 19 points from Renyer. In the state semifinals, Renyer delivered her highlight reel moment when she hit the game-winner to beat Hugoton, 57-55, at the Hutchinson Sports Arena. Sabetha scored six points in the last 33 seconds. Renyer tallied 21 points, including five points in the last 10 seconds. Schumann finished with 20. Sabetha combined for just four losses in volleyball and basketball this year.