v American Implement Team of the Week: Lakin Girls BB - Sports in Kansas 
Warning: include(../includes/bodytag.php): failed to open stream: No such file or directory in /home/kansass/public_html/ks/news/index.php on line 36 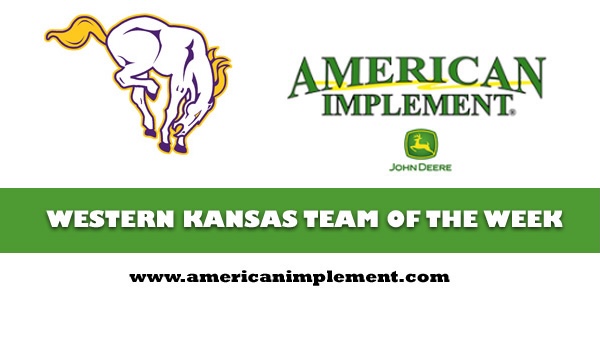 The Lakin girls’ basketball team opened 0-3 with all losses coming at the Goodland Topside Tipoff from Dec. 10-12. Lakin fell to Dodge City in its season opener. DC remains undefeated and ranked No. 8 in 6A. The Broncs lost by 11 to Colby and 12 to Holcomb.

Since then, Lakin has pulled off four straight victories behind 5-foot-2 senior Jaya Esquibel, the returning Hi-Plains League Player of the Year. This marks Lakin’s longest winning streak in nearly six years.

Lakin defeated Syracuse, 39-26, on Jan. 15. The girls will be the No. 2 seed in the league tournament this week. Lakin is expected to play one-win Sublette in the first round of the tournament Monday.

In the Holcomb loss, Lakin finished 4 of 20 from 3-point range, including 3 of 9 from Esquibel. She tallied a team-high 11 points against Syracuse. Lakin delivered a 16-4 edge in the fourth quarter.

As a sophomore, Esquibel had 13.5 points, 4.1 rebounds, 2.8 assists and two steals a game. Plus, Lakin has key seniors Tiana Gonzalez and Talyn Beltran this year. Lakin has tallied 0.79 points per possession. Overall, Esquibel has 19.6 points per contest.

The Lakin boys, featured on SIK last season and this winter, have continued another impressive season with coach Nate Schmitt. Lakin is 8-0 and ranked No. 5 in Class 3A, and fifth for all classes by MaxPreps’ statistical rankings. Schmitt stands at 92-48 with Lakin, known for its high-paced, full court pressing style.