v Nex-Tech Wireless Athlete of Month: Tillie Malinowsky - Sports in Kansas 
Warning: include(../includes/bodytag.php): failed to open stream: No such file or directory in /home/kansass/public_html/ks/news/index.php on line 36 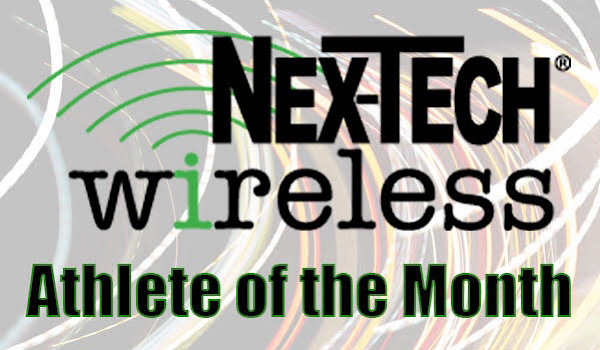 The initial two came in the first quarter against Hodgeman County in the Purple and Gold tournament semifinals on Dec. 11. WaKeeney, ranked No. 4 in Class 2A, held a 7-4 lead when HC senior Jaiden Borger dribbled down the left side.

Borger crossed midcourt and threw a two-handed pass to junior Kaylee James near the 3-point line. Malinowsky, like a defensive back going for an interception, jumped in front for the steal. She quickly passed to senior Lili Shubert. She went in for a fast break layup.

Around 30 seconds later, HC senior Kiley Bryant tried to inbound at midcourt. She passed the ball into the backcourt.

Malinowsky perfectly read the pass, ran over, and leaped in for the steal. Malinowsky again quickly passed to Shubert, who passed back. Malinowsky scored, drew the foul and converted the free throw for a 13-5 advantage.

She had a similar steal two minutes into the third quarter when she read the play, moved across, reached above her head, and intercepted the ball. The Golden Eagles won comfortably, 46-24.

“That’s part of our defense,” Crawford said. “She is sort of a free safety back there. … She plays it better than anyone I’ve seen, and she’s an asset both on offense and defense.”

The next night in the Purple and Gold finals, WaKeeney led Hoxie, 27-20, early in the second half. Malinowsky was 3 of 16 on treys as a junior. She passed up an open 3 from the right side.

Crawford yelled, “Tillie, you can shoot the ball.” Later in the possession, Malinowsky sunk a trey from the top of the arc. Shemade another one later in the quarter.

The shots were part of a 12-2 run that yielded a 53-31 victory. It marked the third consecutive Purple and Gold championship for the Golden Eagles.

“We have five shooters on the floor no matter who is on it, and sometimes they forget they are a shooter, because they like to defer,” Crawford said.

On Dec. 15, WaKeeney faced struggling Stockton at home. The winless Tigers opened with a 4-2 advantage. The Golden Eagles had a half-court possession. Malinowsky popped out to the right 3-point line and set a screen for Madison Walt. The junior point guard used the screen, took a quick left-handed dribble and sunk the 3 for the lead.

Then, Malinowsky stole the ball in the backcourt. She quickly turned, deflected the pass in the air, caught the ball and promptly passed to Walt. She drew the foul and made both free throws.

The two sequences started a 14-0 run. Stockton made one field goal the rest of the game, and Trego captured a 64-14 victory.Then, WaKeeney finished the first semester with a 45-14 win versus Oberlin.

WaKeeney changed coaches when Crawford, the former assistant, took over for Donnie Shubert this winter. Known for defense with both coaches, the Golden Eagles have an average score of 54-26. In ’18-19, WaKeeney’s 6-0 start yielded an average score of 44-31. Last year, it was 50-29 after six games.

“The ceiling is high for this team,” Crawford said.

In her first three seasons, Malinowsky played in 61 career games. She averaged 5.9 points, 4.2 rebounds and 1.7 steals. Malinowsky has been consistent every year. All three winters, Malinowsky delivered between 5.3 and 6.7 points and 1.5 and 1.8 steals per game.

This year, she is up to 6.2 points and 3.3 steals a contest. Malinowsky had multiple blocks in wins against Victoria, Hoxie and Oberlin. She is top-25 for all classes for steals in Kansas, according to MaxPreps statewide lists.

“We are setting a standard here for Trego basketball, kind of developing a culture of winning and playing tough, and so we don’t want to take steps back,” Crawford said. “I know there’s a different head coach at the helm, but the players are pretty consistent, and they want to win.”

“Shubert is a strong girl,” Hodgeman County coach Trent Bright said. “She is going to get her shots, and she did, and those other ones stepped up for them.”

All six are very well-known, most for multiple sports. Eck and Hauser have committed to play Division II basketball, and Lane is recruited at the MIAA level for volleyball. Sides is a top-five basketball player for all classes in the Class of 2023. Rentschler has scored in double figures every year in basketball and has already cleared 1,000 career volleyball kills.

However, it has also been the improvement of other potential all-conference players like Malinowsky that has helped the MCL enjoy a great first month. The 12-team MCL added Russell and Hoxie as full members this school year. Overall, the girls’ teamshave combined for a 37-23 record, 22-8 when not facing MCL opponents. Many of the schools have already surpassed preseason expectations.

Phillipsburg opened No. 8 in 3A and Smith Center was not ranked. Trego has been fourth all winter. Elkhart, Trego and No. 3-ranked Garden Plain are the 6-0 squads in 2A girls.

“We stepped in full-fledged to some good competition, no doubt, because (Phillipsburg), I think Smith Center is going to be tough,” Dowell said. “Norton, they started off slow last year, and maybe they are not the Norton of two years ago, but they are definitely not going to go away.”

The Panthers, coming off the first state appearance in school history, have a milestone non-conference win when they ended Central Plains’ state record 138-game winning streak at the Russell tournament.

“We are very thankful,” Phillipsburg coach Rachel Miller said. “We have got a couple guards that I feel very confident in their ability to handle another opponent’s primary player, or if Taryn gets tired or something, we will shuffle them around.”

Russell opened 1-9 last winter and has started 3-3 under coach Lexi Schamberger with one senior. Schamberger was a four-year starter at Hoxie and instrumental in the Indians’ 107-game winning streak. Russell junior Rylan Reeves is at 14.2 points and 10 rebounds a game. She averaged 11.9 points and 9.7 rebounds as a sophomore and was a first team all-conference pick in the North Central Activities Association.

“TMP has got a couple of really good players on there,” Dowell said. “I think the top competitive teams – there’s more of them than there are the ones that aren’t going to be so competitive. So yeah the girls this year, I think it’s going to be brutal. … I love it. I mean, we know what we are getting into, and it’s going to be fun.”

December had very few matchups between the top MCL teams. That will quickly change once play resumes Jan. 8. Then, Ellis is at Smith Center. TMP is at Hoxie on Jan. 12. County rivals Ellis and TMP play in Hays on Jan. 15.

Phillipsburg is at Russell on Jan. 8. Then, WaKeeney travels to Phillipsburg on Jan. 12 in a matchup that will have hugeramifications for the MCL title. For WaKeeney, Walt is 8.5 points and 5.3 assists a game. Only two players, Osawatomie’s Amiah Simmons and Dighton’s Traci Cramer average more, according to MaxPreps.

Day has 7.2 points per game and has delivered her normal sterling defense. Plus, Malinowsky has enjoyed her all-around performance, a pivotal role in Dec. 2020 – and likely again in the next three months.