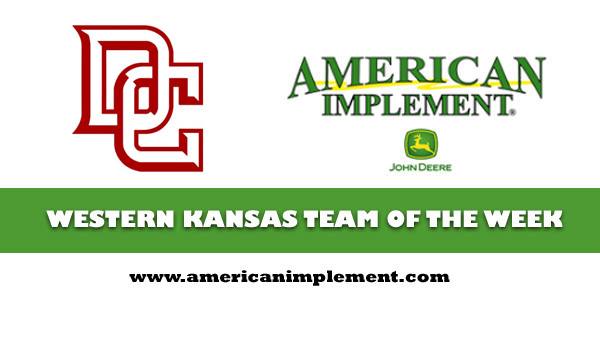 Dodge City coach Kelley Snodgrass graduated from Cimarron. She played at Garden City Community College and Division I Sam Houston State. At Sam Houston, the 5-foot-9 Snodgrass (nee Kramer), paced her team in rebounds and assists in ’03-04. She still ranks No. 11 all-time in 3-point field goals made in SMS history.

Snodgrass went 84-49 in six years with the Holcomb girls before she took over at Dodge City for the 2012-13 season. She has consistently preached “great team basketball.”

She has cultivated unselfish play and making the extra pass for the uncontested shot. Snodgrass frequently mentions assists and assist to turnover ratio. The team always breaks huddles with “family.”

DC compliments players for non-traditional statistics, such as quality screens and hockey assists – the pass that led to the pass for the score. Those tenets have crystallized for an experienced and undefeated ’20-21 team features four returning starters, including senior Kisa Unruh. She is currently tied for the school all-time scoring mark with 848 points.

Dodge City paces Kansas with 20.3 assists per game and averages 1.21 points per possession, an extremely high rate. Dodge City ranks second in the state with 69 points per game, a year after it averaged 52 a contest.

“Some of those things that … maybe people just look at the stat line don’t see, we really do a good job of praising those in practice,” Snodgrass said.

Along with the program hallmarks, Dodge City brainstormed this summer on motivational tactics. Snodgrass’ husband, David, serves as her assistant coach. He is from Dighton and spent 13-plus years coaching college football. David was the Dodge City CC defensive coordinator when his wife first took over at the high school. He has served as Dodge City girls’ tennis coach the last seven years, too.

“He has a lot of fire and intensity, and then I am more of the probably still assertive, but Xs and Os,” Snodgrass said.

David, with the coaching staff’s approval, elected to have team awards this year. He has created and maintained the Twitter handle @LadyDemonHoops. It’s quickly become one of the Kansas’ top high school basketball Twitters.

“He has really taken it upon himself, and we just really want to promote the girls, and we have a lot of girls that want to go on and play at the next level,” Snodgrass said. “So we know that this was kind of important – and in this day and age, it’s important to the girls as well.”

The team gives out four awards after each game. The Rodman, for well-known Hall of Fame rebounder Dennis Rodman, goes to the player with the most rebounds.

The Golden Ball is for the most assists. The 1-2 combination (featuring boxing gloves) is for two players. The team MVP gets a boxing championship belt and a boxing robe. All photos, videos, awards and other team information is loaded onto Twitter.

“It really has motivated the girls, both in practice and in the games,” Snodgrass said. “Something to reach for, a goal, something to work for.”

Per MaxPreps statewide lists, Andover Central, ranked No. 2 in Class 5A, leads with a 1.79 assist to turnover ratio. AC averages 17 assists a contest. Dodge City’s points per possession is higher than traditional power Derby (1.15). Derby is ranked fifth in 6A and has opened with a dominant 3-0 start.

Cheney, the No. 1 ranked 3A squad and considered among Kansas’ best for all classes, is 4-0 and has averaged 1.10 points per possession. The Cardinals have 65 points, 15 assists and six made treys a game.

Nickerson is ranked No. 3 in Class 4A and has sophomore Ava Jones, offered by multiple high-level Division I programs, including KU and K-State. Nickerson had captured 12 in a row and didn’t allow more than 54 points in any game last year.

Unruh, senior Lauren Gleason and junior Camree Johnson were named to the all-tournament team. Unruh and Johnson captured the tournament’s 3-point contest. In game action, Dodge City has sunk 32 treys and shot 37 percent from long range. DC’s offense has displayed strong consistency and has averaged more than one point per possession in every contest this winter.

“Really getting that extra pass and getting the untested shot, so that’s the part that I have most pleased about,” Snodgrass said.

This week, DC was supposed to face Ulysses (1-3) on Tuesday, where Unruh was expected to break the scoring record previously held by Brenna Briggs.

Briggs played for her father, Justin. She graduated after ’11-12, the year before Snodgrass took over and Justin went into administration in the DC school district. Briggs set team records for career 3-pointers and single game points, too. Unruh then broke the school’s 3-point field goal record as a junior.

Dodge City is at McPherson on Friday in a critical game. McPherson is ranked No. 2 in 4A. Last season, the Bullpups beat DC, 51-30. They will likely meet up again in the McPherson midseason tournament.

“They are physical, and they are smart basketball players,” Snodgrass said. “So I think that helps us. It’s a good measuring stick early in the year.”

David started his college football coaching career at McPherson College for three years and then went to Division II Wingate (N.C). He coached at Wingate in ’05-06 and served as secondary coach and special teams coordinator.

He and Kelley were married in the summer of ’06. At Wingate, Snodgrass helped David Jones hold the Wingate career INT mark with 15. Jones became Wingate’s first-ever (and still only) NFL draft pick. The ’06 season set the school record for best scoring defense.

Kelley was going to move out east, but then her parents got sick with cancer, so she stayed in Kansas. Her dad, Bill, passed in ’06, and her mom, Beverly, in ’10. Kelley and David spent the first year of marriage apart. Then, he returned to Kansas to coach at Garden City CC. The couple has two children.

“All of our family is here,” Kelley said. “It’s been good, to raise a family and stay close to home, and family, but, yeah, he had a really good gig out there at Wingate for sure.”

David has served the bulk of Kelley’s tenure as an assistant. Dodge City went 9-13 two years ago before an eight-win improvement to 17-5 last winter. DC lost to four teams with a combined four losses: undefeated Liberal (twice), Andover Central, McPherson and Derby.

“Kisa is a great leader both on and off the court,” Snodgrass said. “She is a stellar student in the classroom, and she is also unselfish.”

Johnson tallied 11.4 points and five rebounds. Gleason, part of DC’s state qualifying golf team, delivered four points, four rebounds and four assists her junior year. Unruh and Johnson have both started since their freshmen season, and Gleason played as a freshman. All three players are uncommitted for college.

Additionally, junior Amaya Perez and sophomore Becca Unruh combined for 7.5 points per game in ’19-20. DC has plenty of depth with seniors Breanna Gutierrez and Alisia Solis, along with juniors Victoria Gonzalez and Mary Kate Foster.

Snodgrass called the 5-7 Perez “one of my best defenders” and a player who shown versatility. Perez has had to play some post in Okoro’s absence. Snodgrass was also impressed with Becca Unruh’s and Gleason’s defense.

“Victoria Gonzalez has come in and gave us key minutes this year,” Snodgrass said. “She rebounds the ball really well and has had to guard some of their better players, and she is really doing a good job of finding the open teammates.”

“We talk about it in practice, just making the extra pass,” Snodgrass said. “I think the girls are seeing how higher our shooting percentages are because of that, and they seeing the success and feeding of it. I think that we have a great group of girls.”