v Craw-Kan Team of the Week: Chetopa Football - Sports in Kansas 
Warning: include(../includes/bodytag.php): failed to open stream: No such file or directory in /home/kansass/public_html/ks/news/index.php on line 36 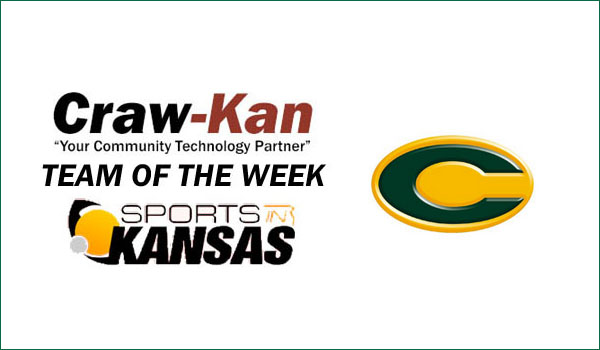 The Hornets entered this season without winning a game since 2018 and have started off with a 3-2 record in 2020, including three straight victories. It marks the first winning streak since 2014 with three victories in a row.

Caden Duggan has had a huge year at quarterback with 734 yards and nine touchdowns over the first five weeks, he's also added four rushing touchdowns. Dakota Pease has been huge in the backfield with 458 yards and seven scores. Pease and Conor Wright also have over 200 yards recieving so far. Pease leads all players with 87 tackles (8 sacks) while Robert Vanatta has added 67 tackles and Gavin Strickland-Broden has added 49. Wright leads the squad with three interceptions while Braydon Kepner has picked up two.

Nice work by second year head coach Rick Aldridge as the Hornets (3-2) look to be a playoff team this season in 8M-II and are currently 2-0 in district play. Chetopa will have the tough task this week against unbeaten Colony-Crest (5-0) which should decide the district championship. The top four teams of the six teams in district play move on to the KSHSAA State Playoffs for 8M-II in week nine. We are currently approaching week six.