v Seniors in KS: Diego Cervantez - Sports in Kansas 
Warning: include(../includes/bodytag.php): failed to open stream: No such file or directory in /home/kansass/public_html/ks/news/index.php on line 36

Cervantez was looking for a big senior year. 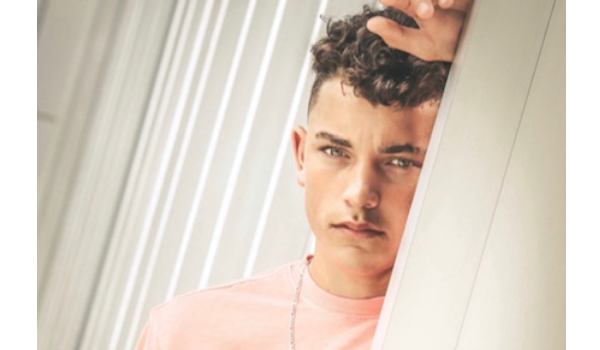 Diego Cervantez made statewide headlines last year when he tied a Kansas state record with two grand slams in a game for the Valley Falls High School baseball team against Troy as a junior in 2019. The record tied Tramer Ray (Medicine Lodge 1999) and Derek Layton (Wellsville 2011). Cervantez had nine RBI in the game as he went 3-of-5 from the plate with the two grand slams.

Now a year later, he won’t have an opportunity to play baseball his senior season due to COVID-19 and the cancellation of all spring sports in Kansas. Cervantez is never the biggest athlete on the playing field at 5-foot-7 and 135-pounds but it hasn’t stopped him from being an all-league and all-state selection for his high school in baseball. Cervantez plays short stop, pitcher and catcher for the Dragons.

Cervantez entered his senior season on several career leaders list that will now never get to be improved with the lost season. Cervantez had 62 career hits (11th all-time at VF) and had 25 hits in each of the last two seasons. He also finished with 59 RBI in his three years as a starter, 27 of those coming last season. Cervantez is very disciplined at the plate only striking out 17 times in his career with only striking out three times last season.

Diego also gets it done in the classroom with a 3.7 GPA and his favorite subject is math. He plans to study Kinesiology. He also plays football and basketball where he was an all-league honorable mention selection in both. He also holds the school record for most tackles in a game with 22.

Like many high school athletes, it was a last chance at playing baseball for Cervantez this season as he will go to college at Kansas State as just a student next fall.

Valley Falls had much more than just Cervantez and was expecting big years out of Lucas Welborn, Cooper Jepson, Tyler Lockhart, Drew Pickerell and Dylan Cervantez for head coach Cameron Hall. Welborn was also on many of the career leaderboards and started every game of his high school career for Valley Falls with 13 homer runs and 92 RBI w/ a .376 average.

I have always enjoyed playing sports and at a young age was always at the softball fields with my parents.

Win League in Baseball and make a run in the state tournament.

I am a hard worker

It’s hard to stay focused at time as there is no time off and not a lot of time between seasons.

I plan on attending Kansas State to major in Kinesiology

There is always a lot of support.

Who were other key players on your team(s)?

Spending time with my friends and doing something we all like to do.

We not only learned about the game, but learned life lessons as well.

I play sports all year round, I put in extra work outside of practice, and I encourage my teammates to do the same.

I will be attending Kansas State University in the fall.

Hang out with friends

Working in my field of study, and hopefully married!

When I was younger it was my older cousin Brock Watson as I liked to watch him play sports and wanted to be like him.

Today I still look up to Brock, but also have much respect for my grandfather Ron Watson who has taught me a lot about sports and life.

Enjoy the time you have in high school as you never know when it might be over!

Chocolate is my weakness, and I weighed 10 lbs when I was born.