v Labette Bank Athlete of the Month: Karma Fields - Sports in Kansas 
Warning: include(../includes/bodytag.php): failed to open stream: No such file or directory in /home/kansass/public_html/ks/news/index.php on line 36

Karma Fields has been named Labette Bank Athlete of the Month. 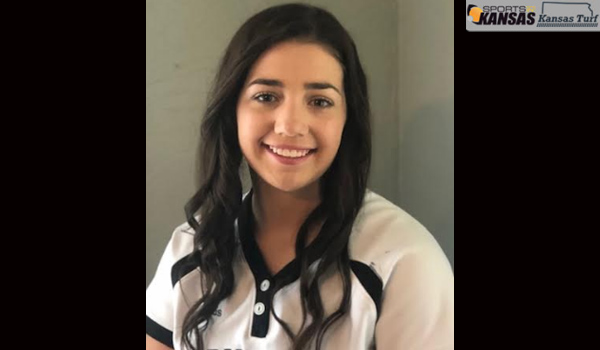 Fields, a senior multiple-sport star for the Raiders, helped lead her Frontenac High School basketball team to the 2020 3A Final Four a month ago before the season being cancelled shortly after their overtime win over Jefferson West. Fields was a two-time all-state selection in the sport from Sports in Kansas over the last two seasons under her father and HC Scott Fields. The Raiders were in the semifinals for the first time in six years since they took runner-up in 4A-II back in 2014. It also marked the first time in the 3A semifinals since 2004 when the Raiders took fourth in 3A.

Basketball isn't Fields main sport though, she is a returning SIK 3A all-state softball selection and last years 2019 3A Sports in Kansas Softball Player of the Year. The Raiders were the heavy favorite to repeat this season in 3A softball under longtime head coach Cassie Rhuems before the season was cancelled due to Covid-19. Fields, like many seniors, needed this spring season to be recruited and seen for the collegiate level. She features an exit velocity in the D1 range for recruiting and was looking to put herself on the recruiting radar this season. Frontenac returned a very solid cast of five seniors this season and also returned Heather Arnett, one of the states top sophomores, that earned all-state honors as freshman from Sports in Kansas last spring as a freshman.

The what if's will always be around this 2020 bunch of Frontenac athletes in both softball and basketball but we do know one thing the 2020 Frontenac Seniors (Karma Fields, Jayden Wilderman, Anna Hogard,Bria Ginavan, Bailey Rhuems) went out with a state title in their careers winning their last ever game to capture the 2019 3A title over Silver Lake last season. The seniors also won their last ever basketball game in the 3A quarterfinals over Jefferson West, not something many can say in their high school career.

Labette Bank is a proud supporter of local sports coverage with Sports in Kansas.