v Jayden Garrison of Little River picks up 1A SIK POY - Sports in Kansas 
Warning: include(../includes/bodytag.php): failed to open stream: No such file or directory in /home/kansass/public_html/ks/news/index.php on line 36

Jayden Garrison of Little River picks up 1A SIK POY 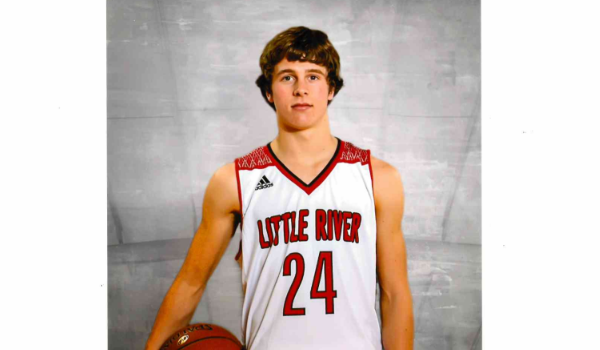 2020 1A Sports in Kansas Boys Player of the Year

Garrison, a SIK first team all-state selection last year as a sophomore, is at 1,497 career points. LR reached state for the first time in 20 years and was set to play St. John in the final four before the tournament cancellation. LR and SJ were widely considered the top-two teams left in 1A after previously undefeated Berean Academy was upset in the quarterfinals. Garrison tallied 23.2 points per game, tied for tenth in Kansas. Garrison, who stands 6-foot-1, also grabbed 5.9 rebounds, 2.5 assists and 2.3 steals per contest. Little River reached the state tournament for the first time since 2000. He helped Little River average 57.4 points per game. Garrison scored 534 points this season in 23 games. He was also 82 percent fro the foul line, 41 percent from three pointer and 51 percent from the field.

Garrison is an all-state athlete in three sports with an entire senior season left.

The Little River Booster Club would like to congratulate the Redskins on a Final Four finish in 2020. We are very proud of you. Also congrats to Jayden Garrison on being named the 2A SIK POY!