Gavyn Elkamil (left) of Pittsburg and Patrick Cassidy (right) of Columbus had huge seasons in 2020. 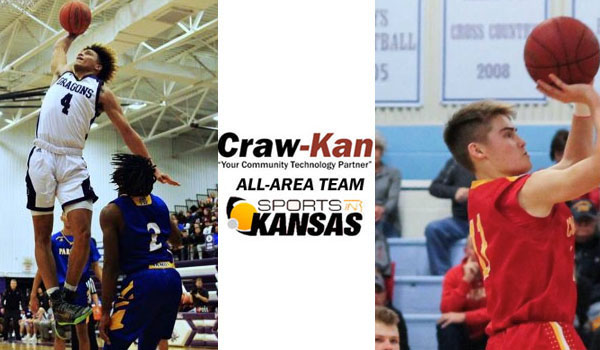 Elkamil, a 6-foot-4, senior, guard, averaged 24 points, 12 rebounds, three steals and nearly four assists for the Pittsburg Purple Dragons. Elkamil who has played a huge role for the Dragons over the last four seasons also finished with over 1,000 career points. During his career he helped the Dragons to a third-place finish as a sophomore in 2018. Elkamil is also a 5A Player of the Year candidate from Sports in Kansas. The senior, who has multiple Division I offer’s, will reclassify to 2021 and play next season at Link Year Prep.

Pfeifer led Erie to the state tournament for the first time since 1993 this season as the Red Devils finished as one of the eight remaining teams in Class 2A. Erie had a total team effort this season with several contributors that relied on their steady defense.