v Behind the Scenes in Kansas: Jeremy Holaday - Sports in Kansas 
Warning: include(../includes/bodytag.php): failed to open stream: No such file or directory in /home/kansass/public_html/ks/news/index.php on line 36

Behind the Scenes in Kansas: Jeremy Holaday 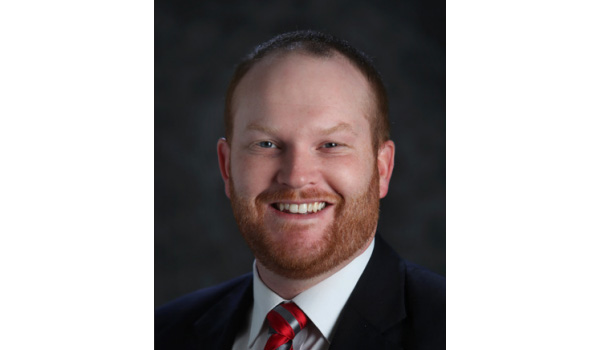 Holaday has been at the forefront of multiple major changes, including the baseball pitch count rules and the significant expansion of sports information, scores and the “Gallery of Champions” on the KSHSAA web site. As well, Holaday has played a key role in securing courses as Kansas returns to the two-day state golf meet. The girls’ golf state championships are held next Monday and Tuesday.

Additionally, Holaday and longtime sports writer Brett Marshall served as the main compilers/editors for the book released this summer: “Under the Lights: 50 Years of KSHSAA Football Playoffs.”

“The role has obviously changed quite a bit as far more and more responsibility, and different initiatives that I am concentrating on, but very, very pleased with the direction that we are going, and wouldn’t change any of it,” Holaday said.

Holaday most enjoys seeing the results of all the meetings, stakeholders, planning and initiatives that goes on behind the scenes. Holaday said KSHSAA looks to write rules for all talent levels, from the baseball player who is a four-year starter and is going to get drafted to the freshman who is out for the first time. Plus, KSHSAA looks to take the officials’ level into account.

“We are trying to find that perfect formula that all can play, and it’s very difficult,” Holaday said. “Because you want to make certain tweaks to rules, because you know that it will really advance the game. But at the same time, you have got to go ‘Well hold on, can every level of player play by these rules, and can every level of umpire play and enforce these rules?’”

One of the more significant changes was the pitch count rule, effective the 2017 baseball season. The pitch count chart applies to all levels of competition. KSHSAA brought in 12 coaches, and had representation from athletic directors and sports medicine. Holaday had access to the national data.

“Now, for the 25 percent, it’s taken some adjusting,” Holaday said. “It’s something that they have had to work with.”

Holaday said Kansas had 10 rule violations the first year and has not exceeded the total in the last two. He likes going to games/postseason tournaments to talk to coaches. One suggestion from coaches was to tweak the rules for postseason. However, Holaday labeled the pitch count rule is a “sports medicine student risk minimization rule.”

“It’s not a competition rule, so in essence, we are saying well let’s jeopardize the risk minimization rule for competition, and that’s just something we don’t typically want to do,” he said.

State girls’ golf will appear at four locations. Hutchinson hosts Class 6A, Emporia has 5A, Hesston with 4A and 3-2-1A in Salina. Holaday worked with the Kansas Golf Association and wanted to secure courses that would offer availability for practice time for high schoolers at a reasonable price. The plan is to rotate courses.

Volleyball has changed its host sites, too. Last year, Salina had 5A and 6A, while Hutchinson took 3A and 4A. Hays had 2A, and Emporia had 1A.

This year, Salina and Hutchinson have the same classes, though Dodge City now hosts 1A and 2A. Dodge City first started to host state basketball in ’15 and many coaches have loved the setup. Manhattan was the longtime host for 2A state basketball but couldn’t host last year. The city will have 2A again this winter.

“They were eager to get it back this year, and they do a fantastic job with state basketball, softball and baseball,” Holaday said.

“No secret where geography is,” Holaday said of Dodge City. “And so they want to make sure they are doing a good job, because they know a good majority, depending on the class, people have traveled a long ways to get there.”

“He knew the shape that schools were in that late in the spring, just the kind of people that they are, very forward thinking,” Holaday said. “What it does is it creates a little bit of competition and that’s good to see. I think other people in the state see that.”

Holaday’s fingerprints are all over the KSHSAA web site, including the Gallery of Champions. The KSHSAA building was running out of space in its hall of fame and the staff decided to digitize the information and photos. At times, KSHSAA has posted an old photo of a state title team on Twitter.

“Pretty cool to see the interaction there, people reliving that, and that’s the whole purpose,” Holaday said.

“Under the Lights” is a 238-page book that incorporated 19 chapters on key coaches, players, teams and matchups, and includes more than 125 pages of records.

“It all started based on an idea of how the playoffs got started, and just looking back with Brett through the history of how we got to where we are today is fascinating to me,” Holaday said. “Because I know the things that we do now to change policies and handbooks within our office, and I know how difficult and time processed that could be. And so just looking back in the ‘60s where they were trying to formulate a platform, how much more time and strenuous that could have been.”

Marshall, recently retired after a long stint at the Garden City Telegram, worked with Holaday to create the book. Chapters include the creation of the playoff system and the overtime structure that spread throughout the country.

“I want someone to read that and go, ‘This was the best times I have had was playing football on Friday night with my friends, and I remember that time,’” Holaday said. “I want that book to be laying on the table and someone says, ‘Oh, you remember the playoff game’…and it creates that conversation about the importance of football.”

Twelve sportswriters with a combined 347 years of newspaper industry experience helped with the chapters. (Editor’s note: Conor Nicholl wrote two chapters, the eight-man history and Smith Center for the book).

“And I think this day and age it obviously has got a huge spotlight on it, football does,” Holaday said. “Whether it’s you want to look at participation numbers, I can tell you that football is in the greatest position that it’s ever been in, risk minimization wise.

“It’s still as important as it’s ever been for the development of young people, so this book is hopefully creating that positive reassurance for football and helping re-create the stories that took place a long time ago,” he added.

In the last several years, the KSHSAA web site has grown its standings and scores section. This fall, KSHSAA had records updated for volleyball and player-by-player statistics for tennis. KSHSAA has recommended schools put their statistics on MaxPreps. Baseball and softball generally use Game Changer, and KSHSAA had Game Changer stat every game for real time scores at the state tournament. Holaday said the next significant project is likely a look at Title IX.

“I can tell you just that by traffic, we did that three years ago, it’s by far the most popular thing on our site now is the scores and schedules for our sports,” Holaday said.

Chet Kuplen, Founder/CEO of Sports in Kansas, has also seen how beneficial Holaday has been to the KSHSAA staff.

"He was hired right around the time we started Sports in Kansas back in 2012. The position was much needed at KSHSAA to have someone work with the media. He's done a great job and knows all the current trends of what's going on. He's been great to work with on our statewide TV stuff with state track and always immediately gets back with me when I have a question. I have a lot of respect for the people who work at KSHSAA. I've gotten to interact with Mark Lentz and Jeremy over the last several years and they are not only great at their job but seem like great people. People don't realize how many people and headaches that these people have to deal with on an every day basis. There are well over 300 schools in the state, so he's a very connected individual that has to take a lot of calls, emails, you name it. I really feel like they have some good stuff going on the future with new executive director Bill Faflick. While eveyrone wants to always complain to KSHSAA about problems, I want to show my appreciation for them, because without them we aren't in business and several kids would be missing out on the opportunity of a lifetime to play high school sports." Kuplen said.

For more information about KSHSAA you can visit there website at www.kshsaa.org.