v Behind the Scenes in Kansas: Dr. Scott Crawford - Sports in Kansas 
Warning: include(../includes/bodytag.php): failed to open stream: No such file or directory in /home/kansass/public_html/ks/news/index.php on line 36

Behind the Scenes in Kansas: Dr. Scott Crawford

Dr. Scott Crawford is the commissioner of the KCAC. 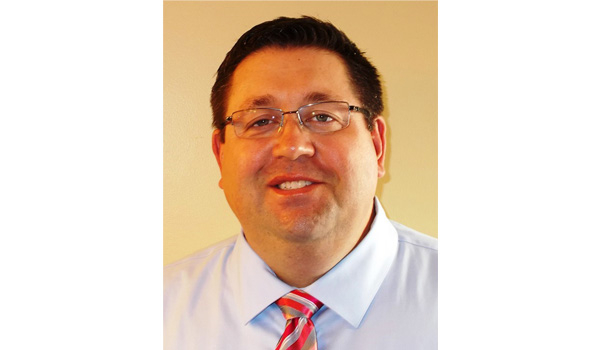 “Twelve years ago, it was just about getting 10 schools to operate effectively together, and to be collaborative,” Crawford said.

Crawford has made a long number of significant changes to the KCAC, which participates in NAIA athletics. Most notably, the KCAC has added three full-time members and brought on several associate members. The league continues to be at the forefront of several growing sports, notably women’s wrestling, and men’s and women’s lacrosse.

“Really coalesced around a set of goals and make sure that we had some similar objectives in mind,” he said. “Our plans have changed significantly over the last 12 years.”

Avila, York and Oklahoma Wesleyan have all come on since ’15-16.

St. Mary men have the program’s three best finishes in the last four years: second nationally in ’15, fifth in ’18 and sixth in ’17. St. Mary women have its three best cross country finishes since ’14, including 25th last year.

Ottawa volleyball is receiving votes nationally and has risen as a power under coach Melissa Blessington. In ’15, Ottawa tied a school record with 34 wins and won a NAIA Opening Round Game for the first time in school history. Ottawa also qualified for the national tournament in ’16-18.

In 2018, Kansas Wesleyan football finished 13-1 and advanced to the NAIA national championship semifinals, the best season in school and conference history. Coach Matt Drinkall made a big jump when he went from KW to offensive quality control coach at Army West Point.

“The direct benefit of expansion through membership has been that we have been able to bless the postseason lives of many other teams among the original members, plus those new member schools,” Crawford said. “We really feel strongly about the NAIA’s direct qualification process, and that’s been a game-changer to have more KCAC teams involved in NAIA postseason than at any other point in the history of this conference.”

The KCAC is also highly active on social media and Crawford has taken significant steps to improve the conference’s sports information. Multiple schools, notably Kansas Wesleyan, have significantly upgraded their facilities and in-house media presence. The conference has the KCAC Radio Network since the ’15-16 school year and the KCAC Digital Network through live video streaming.

“When we started our Twitter and Facebook accounts, we didn’t know how that was going to fly,” Crawford said. “We were not first to market by any means, but we felt like we needed a mechanism to drive more traffic, to push people to KCAC sports.com, our website, and so we went ahead and took the plunge and created our Twitter and Facebook accounts. Zero regrets, and lots of information later.”

“A monumental milestone has occurred in the KCAC within the last 18 months or so that schools are allowed to scholarship at the same level and restriction that the NAIA allows on a sport-by-sport basis,” Crawford said. “Prior to that decision being made, that was not the case … . It really is a school decision on how they want to utilize their resources. My job is to help guide the conference and make sure that we are thinking about what is best.”

Last winter, seventeen KCAC women’s wrestlers earned All-American status, including a pair of honorable mentions from Ottawa, which was ranked eighth nationally during the season. KSHSAA has also added girls’ wrestling as an official championship sport starting this winter.

“Women’s wrestling is a fantastic sport,” Crawford said. “I am very excited that the state of Kansas with our high school activities association authorized it.”

“At its roots, the KCAC is a grassroots organization,” Crawford said.

As well, the KCAC – along with other regional NAIA and Division II programs – have seen a significant uptick in Kansas football recruits in recent seasons because of Kansas junior college recruiting rule changes.

“If I had an opportunity to connect with every single potential high school student-athlete that is going to compete in the college ranks at the end of their high school career, I would advocate for them, they have got to take a look at us and think about playing for one of the KCAC schools,” Crawford said. “We know that the biggest, fastest, strongest kids are going to go onto NCAA Division I programs. We get that. We understand that.

“That is not the lion’s share of the high school student-athlete that is out there, though,” he added. “There’s so many kids who let the dream die after their senior year instead of continuing to pursue that within the NAIA or NCAA Division II.”

Sports in Kansas CEO/Founder, Chet Kuplen, also knows the importance of the KCAC for the Kansas high school athlete.

"I follow recruiting at all levels as close as it can be followed in Kansas and no not just the guys who get offered by the FBS programs, we try to find guys/girls spots at all levels in Kansas. There are a lot of great opportunities out there for kids to keep their dream alive of playing at the next level and hopefully we have raised some awarness of that over the last several years. On another note, I have personally known and worked with Dr. Crawford for years on promoting the KCAC through multiple platforms. They do stuff first class all the way, especially their championship events. When he first reached out to me about seven years ago, the goal was to promote stuff on social media and have a bigger prescence. He saw the importance of that early on years ago as now all kind of people are trying to get in that ballgame but are a little too late as print continues to decline everywhere. I think they had around 1,000 followers then. Their twitter feed is over 10K right now and for a college conference based in Kansas, that is quite the number! He's very aware of the current trends and what's best for the conference. Everything they do is to create a great atmosphere for the college student athlete and those institutions. I've emceed their luncheon, announced their track meets and have done their championships on radio, so I've been around it quite a bit and they know how to run events the right way, that is for sure. Scott and his staff do a great job and we've been proud to partner with them."

For more information on the KCAC, you can visit their website here.