v Craw-Kan Team of the Week: Crest Lancers - Sports in Kansas 
Warning: include(../includes/bodytag.php): failed to open stream: No such file or directory in /home/kansass/public_html/ks/news/index.php on line 36

Crest snapped a 12-game skid on Friday against Hartford. 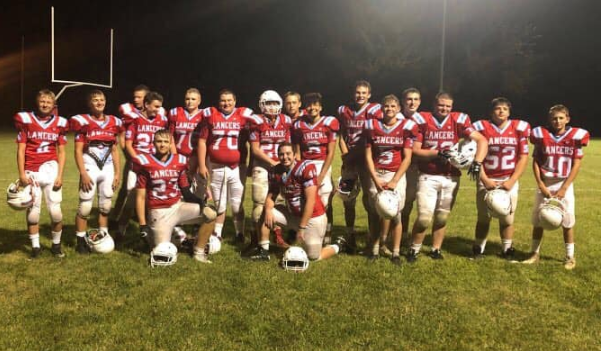 The Colony-Crest High School Lancers, under first year head coach, Nick McAnulty, picked up their first win of the season in the first game of the year on Friday by snapping a 11-game losing streak to earn Craw Kan "Your Community Technology Partner" Team of the Week Honors. The Lancers defeated the Hartford High School Jaguars 52-42 in Colony on Friday. Crest last win came on 10/13/17 as they beat MDCV, 42-34.

Caleb Nolan led the Crest defense with 13 stops while Beckmon pitched in 12.

Colony-Crest will be back in action on Friday against Burlingame on the road.