v Faces in KS: Devin Gorman of Crawford County CVB - Sports in Kansas 
Warning: include(../includes/bodytag.php): failed to open stream: No such file or directory in /home/kansass/public_html/ks/news/index.php on line 36

Devin Gorman is the Director of the Crawford County CVB. 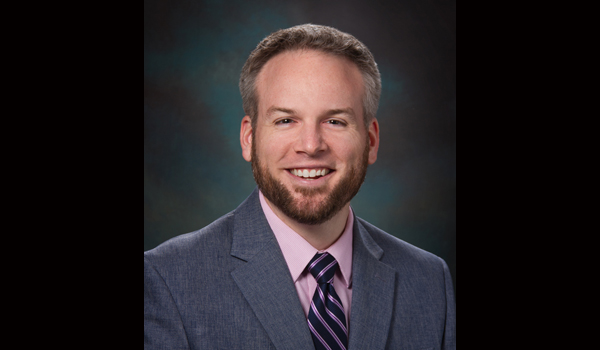 Devin Gorman is a 2002 Parsons High School graduate and earned degrees from Pittsburg State University. He worked for the Crawford County Chamber of Commerce for nearly seven years. Gorman has served as Executive Director of the Crawford County Convention and Visitors Bureau since November ’17.

Gorman is well-versed in the activities of Crawford County and the school districts, which include Pittsburg High, St. Mary’s Colgan, Frontenac, Girard and parts of Arma-Northeast and Southeast-Cherokee. Pittsburg State University is the all-time leader in NCAA Division II football victories and is one of the MIAA’s flagship schools. Gorman labeled Crawford County “a very unique place.”

“Whether you are interested in sporting events, or you want to go to a show or you are looking for an outdoor event or outdoor recreation, you can always find something to do,” Gorman said. “You just have to look.”

The county is most notable for its sports teams, especially football. Crawford County is registered as the official football capital of Kansas.

“We are very known for sports around here,” Gorman said. “That’s sort of our bread and butter in terms of tourism and bringing folks to town.”

“The NJCAA had to find the right partner and site in order to bring this event back to life after a nearly 30-year hiatus,” NJCAA assistant executive director Mark Krug said in an Aug. 2017 story. “The Crawford County CVB and Pittsburg State University displayed a true passion for the NJCAA and is committed to going the extra-mile for our teams and student-athletes.”

It is the first of three years Pittsburg has a contract to host the game.

“A nationwide audience seeing Pittsburg, Kansas as a football hub in the nation,” Gorman said.

PSU has hosted the KSHSAA Class 5A state title since ’14 and the ’18 Shrine Bowl.

Pittsburg High, Colgan and Frontenac have all made at least 30 football playoff appearances and all rank in the top-13 all-time in playoff showings, according to well-known Kansas archive site Prep Power Index. Frontenac is ranked second all-time in football wins, only behind Lawrence High.

Pittsburg High and Colgan have combined for 10 state titles and 12 runner-ups, while Frontenac has seven state game appearances and one state title. In addition, Girard has made 20 football playoff appearances. Baseball/softball has a deep tradition in the area, including state softball titles this spring for Colgan and Frontenac softball programs.

“Our area has just been blessed with tremendous talent,” Gorman said. “You see the high school teams with various celebrated histories and state championships, and there’s just something around here in terms of pride and people focused on athletics and football that we generate some outstanding athletes, have outstanding talent, and do quite well in the state.

“So it’s kind of nice to see it from every level there with outstanding high school teams, and of course being able to root on Pittsburg State,” he added.

In addition to sports, Pittsburg is widely known for its fried chicken. The eateries have been on Travel Channel’s “Food Wars,” and named “8 Wonders of Kansas Cuisine.” Pittsburg has six different restaurants.

“People – and I am the same way – are very motivated by their stomachs, so fried chicken, I think everybody enjoys fried chicken,” Gorman said. “It’s a big deal here. It comes from our coal mining history, and somebody being out of work and starting one of the chicken restaurants, and then they blew up from there.”

Gorman said the fried chicken attracts people from multiple states. He is often asked which restaurant is the favorite.

“I will always tell them, you can’t go wrong with any of them,” Gorman said.

Arma, located six miles north of Frontenac and eight miles east of Girard, has a population of 1,481. Arma has the nation’s longest continuously celebrated V-J Homecoming Days (Victory of Japan). Arma has celebrated since 1946. The event starts Aug. 8 and has arts and crafts, a carnival motorcycle show and competition, veteran’s parade and tractor pull.

“For being a small community, they do a great job with putting on a big event like that,” Gorman said.

This spring and summer has already brought plenty of state and regional youth baseball and softball tournaments. PSU has hosted significant track meets, including regional and national championships, for NCAA, NAIA and junior college.

“Everybody can get here without much trouble, and I think that’s appreciated,” Gorman said.

“We are going to continue to build on that this year, but they know that Pittsburg, Kansas now is the place to come if they want to play in a national championship,” Gorman said.

Top-ranked East Mississippi defeated No. 2 Garden City, 10-9, on Nov. 29 at Carnie Smith Stadium. Garden City and EMCC, a longtime junior college powerhouse and featured on the well-known NetFlix show “Last Chance U,” both enjoyed their time in Pittsburg. They participated in activities with the area schools. Gorman said the EMCC staff and administration were “very thankful, “enjoyed the experience and “were treated very well.”

“With last year’s game and a lot of different events that we host, everybody is always extremely impressed with the hospitality that we have here in southeast Kansas,” Gorman said.

Crawford County is also the home to where Sports in Kansas, LLC was founded by Frontenac alum and Mulberry native Chet Kuplen back in 2012 before it blew up to over 230,000 social media followers and the most followed sports network in the state over multiple media channels. In addition to its statewide stuff, Sports in Kansas still has several local radio shows in the area and a few that feature Kuplen and Mike Snow, General Manager of ESPN 100.7, who first put Sports in Kansas on the air waves in Pittsburg back in August of 2013.  Kpreps.com, a website dedicated to covering high school football in Kansas that SIK partners with in the fall and ran by Matt Gilmore, a Colgan and Pitt State alum, was also started in Crawford County. Kuplen and Gilmore host the statewide Kansas Kickoff Radio Show in the fall across 31 stations in Kansas along with B.J. Harris of the Kansas Shrine Bowl, also a native of the county.

"We have a great sports tradition in Southeast Kansas and thats because of the people that came before all of us. People live and breathe it, whether thats youth baseball, high school football or anything Pitt State. The coaches, athletes, media, parents, are about as into it as you will ever see. I do this statewide and you won't find this in most places like Crawford County. Devin, his assistant Chris (Wilson) and B.J (Harris) who was there before Devin and now at the Shrine Bowl have all done great work in bringing some top notch events to Pittsburg. With the facilities that are in the area I don't expect any of it to stop. Go tour Pitt State and what they have it will blow your mind. It's a perfect set up for most any type of sporting event. They have the hotels, food, a brand new casino and a first class university, plus great high schools. The reason I am in business is because of the support and chance a lot of the local people in these communities gave me seven years ago when we were small time and nobody knew us. Without that financial support or intrigued audience we wouldn't have Sports in Kansas. It's a great place to be and I am proud to be from here." Sports in Kansas CEO/Founder Chet Kuplen said.

You can find out more about Devin and Crawford County here