v Faces in KS: Hunter Reed - Sports in Kansas 
Warning: include(../includes/bodytag.php): failed to open stream: No such file or directory in /home/kansass/public_html/ks/news/index.php on line 36 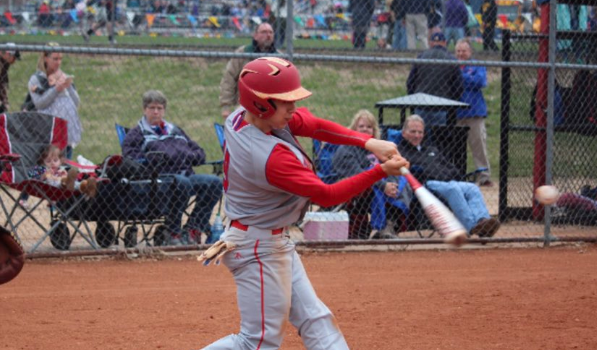 Oskaloosa High School senior Hunter Reed has been a mainstay for his schools baseball team over the last four springs and is on the verge of some state records.

Reed can play multiple spots on the infield and outfield but where he really shines is on the mound. He has 47 strikeouts this season in 30.1 innings pitch with a 1.37 ERA. He has walked just six batters on six total earned runs in 2019. Reed is also hitting .643 this year with 32 hits and 19 RBI. He is 18-7 in his high school career on the mound.

He was a 2-1A Sports in Kansas All-State selection last year as a junior and all-state as a utility player as a sophomore. Reed has 130 hits in his high school career which is nine away from the Kansas state record of 139 by Conner VanCleave (Holcomb -2017) and David Jaynes (Bishop Ward - 1999). Oskaloosa also lost four games due to cancellations this year on a shortened schedule but picked up wins cause of forfeits. They are currently 12-6 on the year.

Reed is also eight runs and 11 stolen bases away from tying those state records. A lot lays on the line for him with two regular season games remaning and then of course the 2019 post season.

Reed is also a solid basketball player with all-league and all-state honorable mention honors this past March with 16.8 points per game and 4.5 assists per contest.

We caught up with the oustanding senior below in the latest Q&A edition of Faces in Kansas.