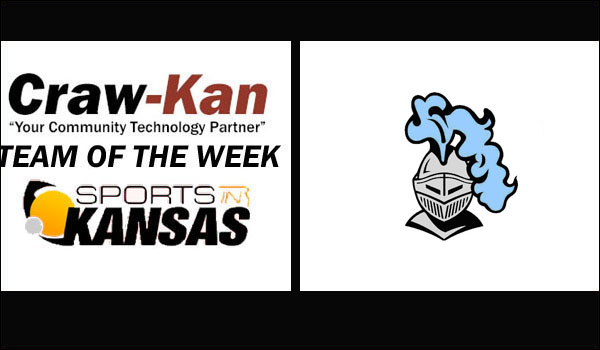 The Southeast-Cherokee Lancer baseball team, led by head coach David Dainty, have been named this weeks Craw-Kan "Your Community Technology Partner" Team of the Week from the Southeast Kansas area.

The 2-1A Lancers are having an outsanding year with a 13-1 record. They won three of four games last week but where they really shined was on Thursday as they picked up a double-header sweep over previously unbeaten and ranked Northeast Arma (15-5, 14-7). They also split with Jayhawk-Linn last Monday.

C.J. Peacock, an all-state pitcher last season in 3A, leads the Lancers with a .480 average on the year. He's also 5-0 on the mound with a 0.72 ERA Bryce Peterson is also hitting .478 while Tanner Craddock is batting .449. Peterson leads all players on the team in RBI with 16. Brett Malle, Jacob Major, Craddock and Peacock also have 13 RBI a piece. Peterson is also 3-1 on the mound while Major is 3-0. Malle and Craddock have each picked up a win as well.

Southeast is scheduled to be back in action if weather cooperates this Monday against Liberal (Mo.).