v Sports in KS: Coach of the Year Honors- Girls Basketball - Sports in Kansas 
Warning: include(../includes/bodytag.php): failed to open stream: No such file or directory in /home/kansass/public_html/ks/news/index.php on line 36

Sports in KS: Coach of the Year Honors- Girls Basketball 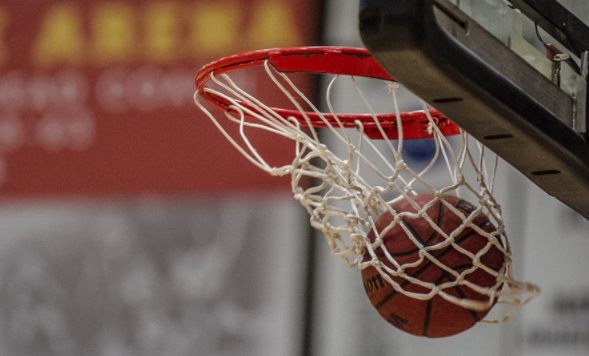 Sports in Kansas All-Classes & 6A Coach of the Year

Rural won in fourth state title in school history and first since 2009 in surprising fashion. The No. 3 seeded Junior Blues (23-2) were ranked behind unbeaten teams Derby and Liberal throughout the year. In the final 6A poll, WR stood fifth behind Derby, Liberal, Blue Valley North and Topeka High.

Derby had taken one loss the last two seasons before the state semifinal against Washburn Rural. However, WR, which limited touches for Derby’s McDonald’s All-American Kennedy Brown and played well against the Panthers’ supporting cast, delivered a 45-40 victory.

In the finals, Rural beat Topeka, 54-42. It marked the third time Centennial League foes Rural and Topeka had played this season.

Bachelor delivered 22 points and 12 rebounds against Derby, while Brown had 10 points and 14 rebounds but took just nine shots. WR held two of the Panthers starters to a collective 0 of 13 shooting. Washburn Rural had 20 more free throw attempts than Derby, and 39 more than Topeka. In the finals, WR was 29 of 44 from the foul line, Topeka 1 of 5. Bachelor had 22 points and six rebounds.

In the finals, WR held Topeka to its lowest point total of the year and forced the Trojans into 12 turnovers. Overall, Bachelor averaged 19.4 points and 9.5 rebounds this season and scored 1,776 career points.

Bordewick played Bachelor, Emma Krueger and Kasey Hamilton all 32 minutes versus Derby. The trio played at least 31:48 in the final.

Bordewick is also one of the state’s all-time best volleyball coaches with more than 800 career wins, according to the Kansas Volleyball Association.

In 2015, Rick Rhoades led Blue Valley Southwest to its first semifinals appearance and first state title game. Then, he had to rebuild the program. Four years later, BVSW made a surprise run to the 5A state contest. Class 5A was considered a deep classification all season, and BVSW was ranked eighth in the final 5A poll behind Maize South, Aquinas, Goddard, Wichita Heights, McPherson, Maize and KC Schlagle.

However, BVSW defeated Goddard in the state quarterfinals, 36-34, and then beat Schlagle, 43-41, in the semis. Goddard had only lost to Maize South this season. BVSW fell to Aquinas, 59-38, in the finals. The Timberwolves went 18-7 and doubled its win total from a 9-13 season last year.

Sports in Kansas 4A Coach of the Year

After a challenging overtime loss to McPherson in the 4A-I state championship game last March, Bishop Miege bounced back with a perfect season for coach Terry English. Miege rolled through the state tournament, including a much-anticipated matchup with Kansas City Piper in the championship game. Both teams were defeated, and Piper had played Miege close in the 2018 state tournament.

Miege created a difficult schedule that included a trip to Arkansas in December, the first time the Stags had travelled there.

As well, Miege went to St. Louis and faced Francis Howell Central in midseason. Entering March, FHC was 20-4, was ranked seventh in Missouri by MaxPreps, and had three of its losses by a combined 16 points. Miege defeated Howell Central, 51-25, on Feb. 2.

The Stags beat rival Aquinas, the four-time defending 5A champions, twice, by a combined 22 points.

Last season, Porter led Royal Valley to a surprise 3A runner-up showing to Garden Plain. This year, RV delivered a 55-52 overtime victory against Cheney to capture the state crown. It marked the first girls’ basketball state title in school history and the first for any sport for RV since 1974. No. 6 seed Royal Valley went 21-5 and defeated Eureka, 56-36, and Norton, 53-44, at state before the finals. Royal Valley overcame a double-digit second half deficit to win.

Porter had another huge showing from Mary Broxterman and his defense slowed Cheney standout Kylie Scheer in the finals. Broxterman averaged 25.3 points per game. RV heavily relied on Madison Thomas, Broxterman and Wakiyan Irving. Of a possible 100 minutes, Thomas played 98, while Broxterman and Irving each played 94.

Sports in Kansas 2A Coach of the Year

Kody Kasselman led Garden Plain to the Class 3A girls’ state tournament last year and then paced the Owls to the 2A crown this year. GP went 21-4 and won the state tournament as a No. 4 seed, including an overtime 55-51 victory versus Alma-Wabaunsee in the semifinals and 47-40 versus Sterling in the championship.

Garden Plain, well-known for its grit and determination, overcame multiple injuries and controlled the pace of games. Owl sophomore Alli Puetz popped out a tooth in the semifinals against Wabaunsee and then came back to play in the championship game the following day. Sophomore reserve Christia Rose Gorges played with a mask after she broke her nose in the final weeks of the season.

Overall, opponents shot 34 percent from the field and just 15 percent (6 of 41) from beyond the arc. The Owls, led by senior Lauren Danahy and junior Abby Gordon, collectively shot 25 more free throws than their opponents at state. Kasselman is 119-22 at Garden Plain. Before 2018, Garden Plain last captured a state title in ’01.

The Garden Plain Athletic Department and Garden Plain HS would like to congratulate Coach Kasselman on his 2A Coach of the Year honors from Sports in Kansas. Proud of the 2018 3A & 2019 2A State Champions!

Sports in Kansas 1A Coach of the Year

Stiles continued to lead the Claflin-Central Plains juggernaut that broke the state record with 111 consecutive victories this season. Stiles, who has spent more than 30 years at various roles with Claflin, has led the Oiler girls to six straight state titles and four consecutive undefeated seasons, both state records. Central Plains set state marks for fewest points allowed per game (plus-24.5) and average margin of victory (plus-49.2).

Stiles’ acumen showed up again in the state title against Hanover, known for its aggressive play. Central Plains star Emily Ryan collected two fouls, and CP went out of their standard press and won the state title in mainly a half court game.

Assistant coach Jim Ryan has helped Stiles on the bench. Including a KSHSAA postseason bye, Central Plains went 28-0. Central Plains is 156-1 since the start of the ’13-14 season and returns four starters next season. Overall, Stiles is 176-4 since he took over as Oiler girls’ coach.