v Abby Oliver named Sports in Kansas 2A Player of the Year - Sports in Kansas 
Warning: include(../includes/bodytag.php): failed to open stream: No such file or directory in /home/kansass/public_html/ks/news/index.php on line 36

Abby Oliver named Sports in Kansas 2A Player of the Year 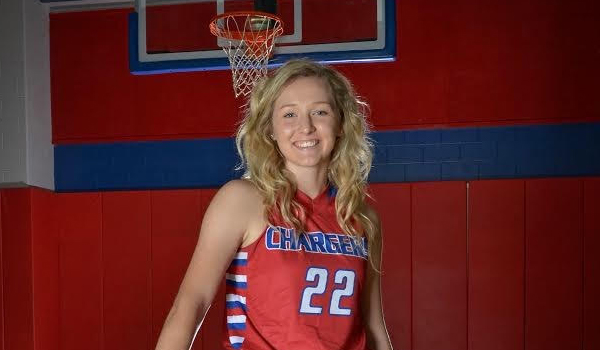 2019 2A Sports in Kansas Girls Player of the Year

For the last three years, Alma-Wabaunsee’s Abby Oliver had been the Chargers’ second-best player behind Karsen Schultz, who graduated last year and is playing for Emporia State. Oliver delivered 13 points and seven rebounds last winter. The 5-10 Oliver, a four-year starter in all 97 career games, emerged as the classification’s top player on 2A’s third-place team. Wabaunsee coach Shanna Perine labeled Oliver the best leader she has ever had.

In the first round of state, Wabaunsee defeated Olathe Heritage Christian, 91-42, and then fell, 55-51, in overtime to eventual champion Garden Plain in the semifinals. In the third place game, A-W beat WaKeeney-Trego, 49-36, and finished 22-4.

Oliver has enjoyed a highly decorated career. Two years ago, A-W finished runner-up to Central Plains in 2A state basketball. Last spring, Oliver was the Most Outstanding Player at the 2-1A softball tournament as the Chargers captured the state title. In the fall, Oliver played volleyball for the first time in her high school career and was a key hitter for the A-W 2A runner-up squad to Garden Plain.