v 2019 Sports in Kansas Girls All-Tournament Team - Sports in Kansas 
Warning: include(../includes/bodytag.php): failed to open stream: No such file or directory in /home/kansass/public_html/ks/news/index.php on line 36 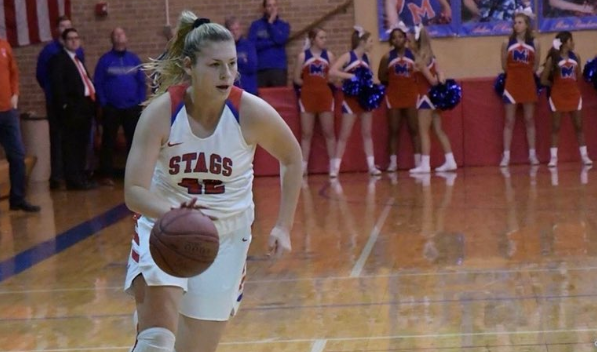 In addition to our all-state honors, which will be released next week (3/17/19) along with stat leaders from the season. We have released our 2019 Girls All-Tournament Team (Boys also up on our website main page). To be eligible for the five member list per class (more  in some classes due to tie), you had to play in at least two games at the 2019 state tournament this season.Special thanks to Conor Nicholl, contributor to Sports in Kansas, who helped with the selection process finalized by Chet Kuplen of Sports in Kansas.

Bachelor had 22 in each the semifinal and finals of the 2019 state tournament. Her game high of 22 in the semifinal against Derby was one of the biggest upsets in the state as she put her team in the title game and got them their first state title since 2009. The Creighton signee had 55 points over three state tournament games. She also had 19 boards in the final two contests for WR.

Townsell didn’t score in round one game but still had eight boards and three assists in the team effort. She did enough in the semifinal and finals to lead her team to their fourth consecutive state title as she scored 19 points with 9 rebounds in the semifinal and had 15 points in the final to lead the Saints in scoring in both. It was a total team effort for the Saints who saw big games from all of their starters in the state tournament.

Hawthorne, a sophomore, had a huge 2019 state tournament and led the Stags in scoring in the title game with 22 points, nine rebounds and three blocks. She also had 14 points, 12 boards, six blocks and three assists in the semifinal win over Baldwin.  Hawthorne had 12 points in the opener against Circle. While any of the Miege players could’ve been named a MOP, Hawthorne really shined at the 2019 state tournament.

Broxterman averaged 25.3 points over three state tournament games for 76 total points on the way to leading her team to their first ever girls state basketball title. She averaged a double-double for the tournament as she also had 31 rebounds over three games (10.3 rpg) in the tournament. Broxterman had 25 points and 14 rebounds in the 55-52 overtime win over Cheney in the title game.

Danahy led the Owls to back to back titles after winning it all in 3A last season as they came on top of 2A this season. She had 20 points, seven rebounds, and five assists in the semifinal overtime win over Wabaunsee before going for 15 points and five boards in the title game against Sterling. She also had 15 points and 18 rebounds in the opening round win over West Elk. For the tourney, she averaged 16.7 poings per game and 10 rebounds per contest.

Ryan led Central Plains to their sixth consecutive state title, her third as a starter as the Oilers have tallied 111 consecutive victories. She had 29 points in the final (6 assists, 6 blocks, 3 steals), 33 in the semifinal (6 steals, 6 assists, 6 boards, 3 blocks) and 26 points in the opening round game (9 steals, 6 assists). Ryan, last seasons All-Classes Player of the Year, has already went over 2,000 career points earlier this season and has never lost a high school game.