Lakin has been impressive in 2019. 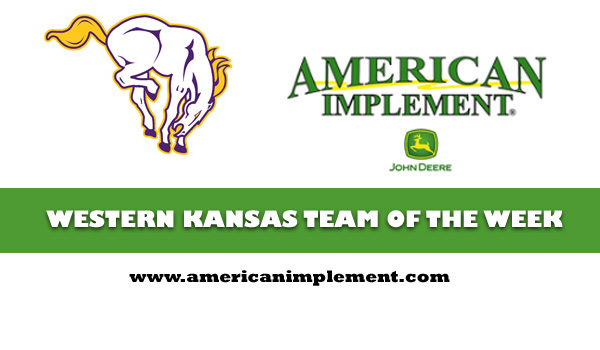 Last weekend, Lakin wrestling finished third in the nine-team Leoti Round Robin with 82 points, just ahead of WaKeeney-Trego Community (80.5) and Goodland (78). Cimarron won with 126 points, and Leoti-Wichita County was second with 109.

Lakin lacks in numbers compared to those schools - but has continually enjoyed top finishes, led by junior 285-pounder Hadley Panzer, also one of Kansas’ top linemen.

At 106/113, freshman Tyler Tarpley (7-8) earned the championship with two victories by fall in a combined 1 minute, 49 seconds.

Sophomore Dawson Aller (11-11) was second at 195 pounds, and Panzer rolled through another bracket.

Panzer was one of five wrestlers to post a meet-best four wins by fall, and had the lowest cumulative fall time at 3 minutes, 43 seconds. Panzer and St. Francis’ Tiernan Poling led all wrestlers with 25 individual points.

Two weeks ago, Panzer earned acclaim through a championship at the prestigious Rocky Welton Invitational in Garden City, a tournament with more than 40 teams. In the quarterfinals, Panzer defeated Garden City’s Refugio Chairez, 3-2, in the ultimate tiebreaker.

In the finals, he beat Dodge City’s Evan Darville, 7-5, in sudden victory. Panzer earned a last-second takedown against Darville to tie the score and get the match to sudden victory. Darville and Chairez are ranked 1-2 respectively in 6A.

Lakin was one of the smallest schools at the Welton and had just three wrestlers in the field. However, Lovelady and Christiansen combined for a 4-4 record and a solid showing.

Panzer took third at state last winter and Christiansen was a state qualifier at 152. Lovelady is a returning varsity wrestler. Second-year coach Jim Christiansen leads the program and is in his seventh year at the school.