v Craw-Kan Team of the Week: St. Paul Indians - Sports in Kansas 
Warning: include(../includes/bodytag.php): failed to open stream: No such file or directory in /home/kansass/public_html/ks/news/index.php on line 36 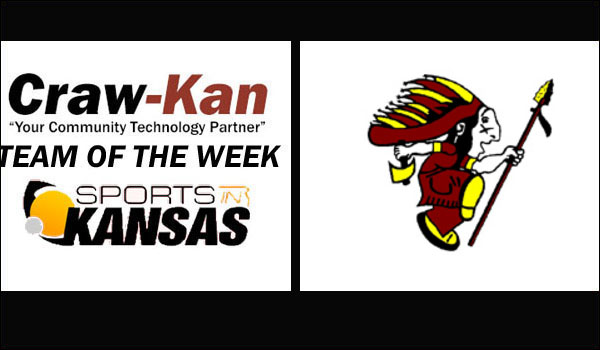 The Craw-Kan Your Community Technology Partner Team of the Week from the Southeast Kansas area is the St. Paul Indians football team led by head coach Keith Wiatrak. The Indians, who are 9-1, this season knocked off Lost Springs-Centre 80-30 last Friday night at home to win the 8M-II regional.

St. Paul had over 330 yards rushing in the game with nine touchdowns from junior quarterback Adam Albertini. Albertini has 51 rushing touchdowns on the year, which are tied for an all-time 8-man record, he's also thrown for eight more scores. St. Paul, who took second in 8M-I last season under head coach Keith Wiatrak, moves on to take on Hanover in the round of eight (8M-II sectionals) this Friday on the road.

Craw-Kan would like to congatulate SP on a fine season so far and good luck this week in the sectional round of the 8M-II playoffs.