v Craw-Kan Team of the Week: Oswego Indians - Sports in Kansas 
Warning: include(../includes/bodytag.php): failed to open stream: No such file or directory in /home/kansass/public_html/ks/news/index.php on line 36 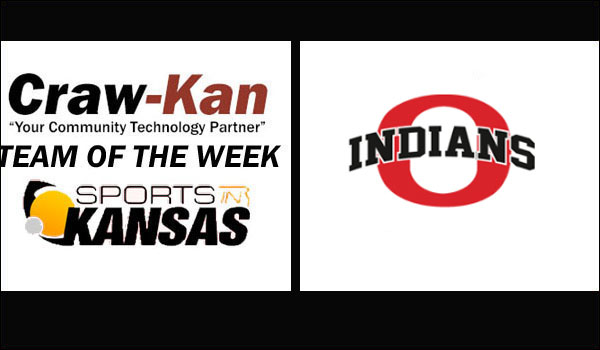 Oswego improved to 4-1 on the season with a 48-44 win over West Elk on Friday. Jace Wilson had an incredible night for the Indians as he had 20 carries for 278 yards with six rushing touchdowns, he also added a TD reception. Wilson had nine tackles on defense as well.

The Indians have four wins in a season for the first time since 2010 and were just 1-8 last year prior to Fowler's arrival.

Oswego has been one of the most improved teams in Southeast Kansas after going 1-8 last year. The move to 8-man football under Fowler, who won a state title recently at Spearville, has also seemed to be benefcial this season. The Indians will be a team on the rise in the future.