v Faces in KS: Scott Valentas - Sports in Kansas 
Warning: include(../includes/bodytag.php): failed to open stream: No such file or directory in /home/kansass/public_html/ks/news/index.php on line 36 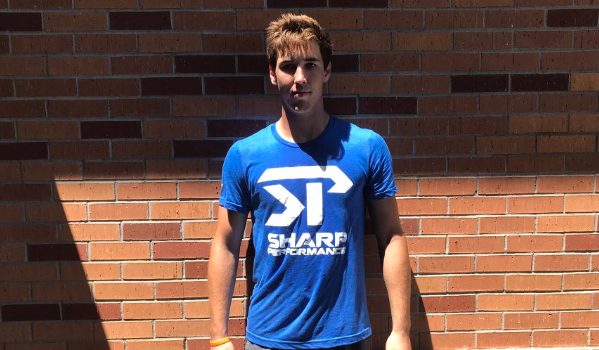 Last year, Kapaun-Mt. Carmel enjoyed another upswing, a four-win improvement from 2-7 to 6-4. A significant difference came on the defensive side as the Crusaders permitted 19 points per contest after allowing 27 points a game the previous year.

Overall, Kapaun held opponents 10 points lower compared to their season average in games when the team did not play the Crusaders.

Kapaun posted three shutouts, including one against Andover, a 5-5 team that scored points in all its other games. Andover averaged 26.5 points per game when it didn’t play Kapaun.

Additionally, high-octane Wichita Northwest averaged 52.3 points a game when it didn’t play Kapaun, and had just 26 versus the Crusaders, its season low by nine points. It marked the fewest points by the Grizzlies since a first-round playoff game against Lawrence Free State in 2014.

By comparison, Centennial League champion Shawnee Heights ranked as the third-best scoring defense in 5A with 17.4 points allowed a game.

However, the Thunderbirds played the No. 20 SOS in 5A. Opponents scored 25.2 points in games not against SH, a difference of 7.8 points per contest.

A big reason for Kapaun’s elite defense is 6-foot-3, 198-pound Scott Valentas. Listed as a strong safety/outside linebacker/athlete, Valentas has earned multiple FCS offers and impressed at the Sharp Performance Combine in Salina this weekend.

“Valentas was one of the best players in attendance, easily,” Rivals wrote. “He was definitely the best linebacker, and it was not close. It is a surprise he doesn’t have any power-five offers, but that should change in the next month. He’s not stiff at all and can run with anyone. He seems like the ideal player that the Wildcats are pursuing to fill linebacker spots with. It would be a surprise if he doesn’t earn an offer at Kansas State camp the last Saturday in July. If that does happen, we believe he’d jump on it in an instant.”

“I can play any skill position,” Valentas said.

This year, Valentas believes his team has a shot to make a run and has set several goals.

“Better record than last year and allow no more than 14 points each game,” Valentas said.

Chet Kuplen, Managing Partner of Sports in Kansas, on Valentas

"Not only does he get it done on the football field, he has a 4.2 GPA. I am shocked that an FBS offer hasn't came in for this kid as he's loaded up his pick of just about any FCS offer. We've seen him at two camps/combines already this year and he's one of the top guys we've seen at either one. He was also a non-senior pick for us last season, but I wasn't aware of his speed until I saw him at camps this spring/summer. I think its just a waiting game from colleges to see who offers and when. Once that first FBS comes in, I think more will jump on. He's long and he can run. I think what makes him most valuable is that he could be a LB or DB at the next level. He could be a monster at linebacker with his frame with some weight and strength in developing in a college weights program. The game has changed from your typical 6'0" 240 pound linebacker, because they want kids who can run that are long. I've been told from several recruiters over the last few years that they love tall safetys because they can make them backers and put on some weight. They need linebackers that are long, can cover the pass, and run. He fits all of those. Kansas State has had some good luck with Kapaun kids in the past in Tysyn Hartman and Jonathan Truman. Maybe he's next?. With the state that the KU football program is in, I cannot belive they haven't offered him. They need kids like this to revamp the program."

I can play any skill position

Unreal because of the support are fans give to the team.

Being part of something bigger than just a team

Basketball and baseball, both just filler sports to keep me busy

Nice because he will always support you

Do more than what we had to do, whether that be playing 7 on 7 during the week or just getting to the field to run.

Hang out with friends and relax

Working hard in whatever job I end up doing

Favorite subject – math and I have a 4.2 GPA

Applebees because half price apps