v 2018 Sports in Kansas 6A All-State Softball Team - Sports in Kansas 
Warning: include(../includes/bodytag.php): failed to open stream: No such file or directory in /home/kansass/public_html/ks/news/index.php on line 36

Maryssa Rollin of Olathe South was named the 6A POY. (photo: Audrey Caudle) 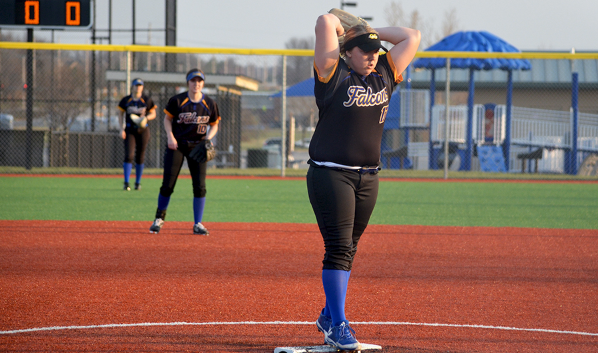 Sports in Kansas has released its 2018 All-State Softball Team. Selections were finalized by Sports in Kansas with input from several media outlets in Kansas. Input was also taken from coaches and athletic director nomination forms sent in to Sports in Kansas following the 2018 season, not prior. The form was available on our website for over a month and several notifications were sent out online from Sports in Kansas. This is not the Coaches Association Team, this is from Sports in Kansas only as we continue to expand in more softball coverage. While the selection process is never perfect because you're not going to have 100% cooperation, our main goal is to recognize as many deserving individuals as we can. The more info provided to us throughout the season, the better of it makes our coverage.

The 2018 Sunflower League Player of the Year led her team to a 20-3 record this season in the best 6A softball league in the state, before falling 3-2 in the first round of the 6A state tournament to Washburn Rural. Four of the eight teams in the state tournament were from the SFL and three of the four finished in the top four in the state. Rollin, who features a 60 MPH fastball and 52 MPH drop, was 12-1 on the season with 103 strikeouts. Opponents hit just .168 on her in 2018. In her career, she was 40-8 with a 1.51 career ERA that included 202 career strikeouts. Not only dominating in the circle she also hit .537 over the season that included perhaps the best competition in Kansas. She had 26 RBI w/ eight doubles and four homers. In her career she was a .450 hitter. Olathe South won state titles with Rollin as a freshman and sophomore in 2015 and 2016. She picked up the save in the state title game back in 2015. Rollin will play next season at Hutchinson Community College.

Clopton, the 2018 Sunflower League Newcomer of the Year, went 3-0 in the state tournament in the circle with 25 strikeouts in 21 innings pitched. She also threw a one hitter in the state title game while going 2-4 with a home run. Roszak went six of 11 in the state tournament with three homers and six runs batted in in the 2018 tournament. She saved her best for the championship where she went three for four with two homers and three RBI in the title game. These two are a huge reason we crowned the Firebirds as the 2018 6A State Champs.

Ice led the Firebirds to their first ever 6A state softball title after entering the state tournament as the eighth and last seed with a 15-7 record. They knocked off top seeded Blue Valley 2-1 in the opening round of the state tournament before defeating Washburn Rural, 2-0, in the semifinal to advance to the 6A state championship. In the title game they knocked off seventh seeded Olathe Northwest, also of the loaded Sunflower League, 8-3, to capture the 2018 6A state title. Tatum Clopton and Sara Roszak had monster state tournaments for the Firebirds to capture the 6A crown. It is the first state title in the city of Lawrence for high school softball since Lawrence High won the second ever KSHSAA state softball title back in 1977, when there was only one classification.