v 2018 Sports in Kansas 5A All-State Baseball Team - Sports in Kansas 
Warning: include(../includes/bodytag.php): failed to open stream: No such file or directory in /home/kansass/public_html/ks/news/index.php on line 36

Peyton Carson of Shawnee Heights named 5A Pitcher of the Year. 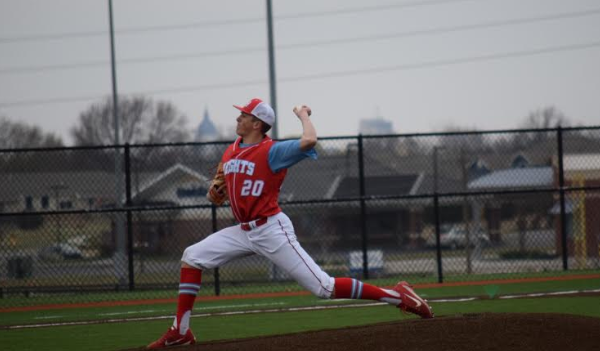 Sports in Kansas 5A Player of the Year

Ellison had a huge year for the Falcons as he did it all, therefore he picks up player of the year honors as there's not much he cant do. He hit .444 on the season with 27 RBI, scored 27 times, and hit five homers. He only struck out five times this season. Although as dominant as anyone at the plate he was more impressive as a pitcher in which he went 10-0. Only one game he didn't get a decision and he had a no hitter going through seven innings until he was pulled due to pitch count. Ellison had a ridicilous 0.65 ERA in 2018 as he struckout 72 batters in 53 innings pitched. He only gave up 34 hits in his 11 outings this season.

Sports in Kansas 5A Pitcher of the Year

Bushnell, in his 20th year, has been one of the best coaches in the game in recent memory and captured the 5A state title in 2018 with a 7-2 win over Bishop Carroll in the state championship game in Wichita. It was the first state title for Seaman (21-4) in five years. Seaman has made the tournament 15 consecutive times and has made the title game 12 times in 20 years. What a run it was for them in the postseason as they had to win over Aquinas on a walk-off home run in regionals to even get to state. That was followed up by a three run ningth inning walkoff victory (3-2) over Blue Valley Southwest in the opening round of state before eliminating rival Shawnee Heights (3-2) in the semifinals.

Sports in Kansas 5A All-State Baseball

OF- Will Morris, Mill Valley Sr.