v Sports in Kansas 2018 4A-II All-State Baseball Team - Sports in Kansas 
Warning: include(../includes/bodytag.php): failed to open stream: No such file or directory in /home/kansass/public_html/ks/news/index.php on line 36 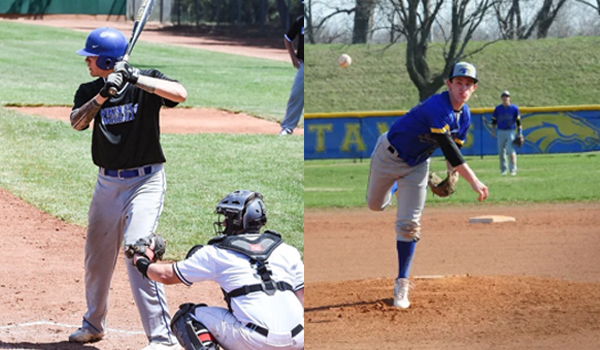 Wolgamott, a junior first baseman, led the entire state of Kansas in batting average this season and was 15th in the nation according to MaxPreps national list. He has been a huge part of the resurgence of baseball at Parsons HS as they took third in 4A-II this season under head coach Gerald Beardmore. Wolgamott hit .636 this season with 49 hits in 77 at-bats. He had nine doubles, five triples, two homers and 25 RBI in a loaded Parsons lineup. Only a junior, he has already earned two all-state selections, honorable mention last year and first team all-state this year to go along with his POY honor in 4A-II.

We are so proud of you Luke Wolgamott for ALL of your success and hard work in being nominated as one of the top players in the State of Kansas and for being named a Sports in Kansas baseball player!  Olson Medical is a proud supporter of Luke Wolgamott and Parsons Viking Athletics!

Eye Care Associates of Parsons – Dr. Wayne Gilmore & Dr. Craig Newland - are a proud supporter of the Parsons Vikings. Congrats to the Vikings on an awesome year!

Reliable Medical Supply and Rental, Inc. would like to congratulate Luke Wolgamott on the 4A-II Sports in Kansas Baseball Player of the Year. Congrats and Go Vikings!

KLKC Radio, the home of Parsons Vikings athletics, would like to congratulate the Vikings on an outstanding school year. Congrats to Luke on the 4A-II POY from Sports in Kansas!

Fellowship Regional Church in Iola would like to congratulate Derek Bycroft on being named the 2018 4A-II Pitcher of the Year from Sports in Kansas and for being a leader in sports and in character in our community. FRC is proud to support Iola High School athletics and student-athletes like Derek!

Percy led Iola to its first state baseball championship with an 11-6 victory over traditional state power Bishop Ward in the 4A-II state title game at Dean Evans Stadium in Salina on May 25th. The Mustangs beat league opponent Anderson County, 6-0, in the semifinals and opened the 2018 state tournament with an opening round win over Trinity Academy, 4-2. Iola finished as the 4A-II state champion in 2018 with a 23-2 record.