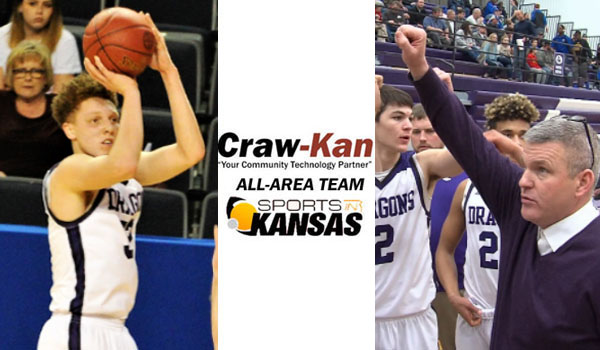 English, a 6-foot-6 senior, was the 5A Player of the Year from Sports in Kansas after averaging 20 points per game and eight rebounds per game in leading the Dragons to back-to-back state tournament appearances. This years Purple Dragons team is the first time to place at state since 1997 as the Dragons took third. English scored over 1,000 points in his career and is a two-time all-state selection. English repeates as the Craw-Kan Player of the Year after earning it last season when he led the Dragons to the state tournament for the first time in 20 years.

Roelfs led the Dragons to three consecutive SEK league titles and to their first placing at state in 21 years. The Dragons had back-to-back appearances at the 5A state tournament taking third this year. The Dragons finished 21-4 on the year.