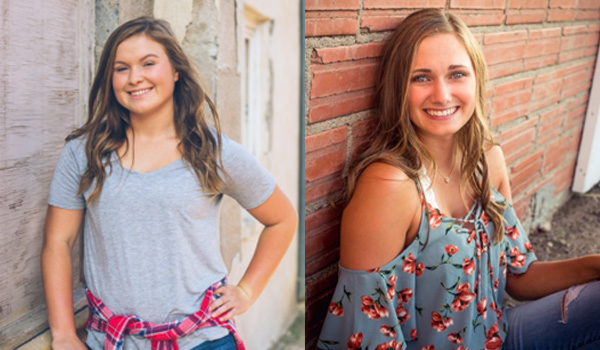 Crist and Havlas served as the fulcrum for a huge Quinter turnaround. The Bulldogs were coming off a 0-21 season with the pair entered high school. Last year, Quinter went to state for the first time since 2007. This season, the Bulldogs dropped down to 1A-II and won the first state title in program annals. Crist and Havlas, both multi-year starters, led the Bulldogs in multiple statistics. Havlas paced the Bulldogs with 12.8 points and 10.2 rebounds. Crist was second with 10.9 points and led with 4.4 assists and 2.7 steals. Quinter had five seniors as its top-six players, including Brittney Walt, who averaged 9.8 points and 6.1 rebounds after missing virtually all of last year with a knee injury. Both have significant family ties to the program. Havlas’ father, Matt, is the head girls’ coach. Crist’s older brother, Scott, is Matt’s assistant. The Crist’s father is John, the school’s longtime athletic director and boys’ basketball coach.

photos courtesy of Havlas and Crist.