v Trey Sides of Phillipsburg honored as SIK 3A POY - Sports in Kansas 
Warning: include(../includes/bodytag.php): failed to open stream: No such file or directory in /home/kansass/public_html/ks/news/index.php on line 36

Trey Sides of Phillipsburg honored as SIK 3A POY 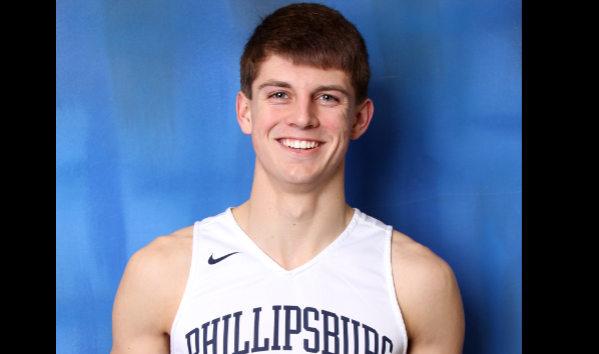 Phillipsburg was considered a state contender when the year started, even though Sides, a three-year starter at quarterback that was a starter on the state title team as a freshman, was out due to a thumb injury suffered in the fall. Sides returned after Christmas to a team that had a 5-1 record – and significantly improved the Panther offense. Phillipsburg went 23-2 and didn’t lose until the state title game when it fell 44-43 to Halstead in the final seconds. It marked the team’s first trip to state in 45 years. Sides helped his dad, longtime Panther coach Keith Sides, win his 200th career game this year. Overall, Sides led the team with 12.4 points, 4.9 rebounds, 3.7 steals and 2.9 assists a game. Without Sides, Phillipsburg averaged .82 points per possession, shot 43 percent on 2-pointers, and averaged 12 free throw attempts a contest. With Sides, the Panthers had .97 points a possession, shot 49 percent on 2s and averaged 18 free throw attempts a contest. Sides has 913 points in his career.

Ultimate Image Photography would like to congratulate Trey Sides on the Sports in Kansas 2018 3A Player of the Year. Give us a call at 785-533-6510. Congrats to the Phillipsburg Panthers on runner-up in 2018!