v Faces in KS: Braden Leitner - Sports in Kansas 
Warning: include(../includes/bodytag.php): failed to open stream: No such file or directory in /home/kansass/public_html/ks/news/index.php on line 36 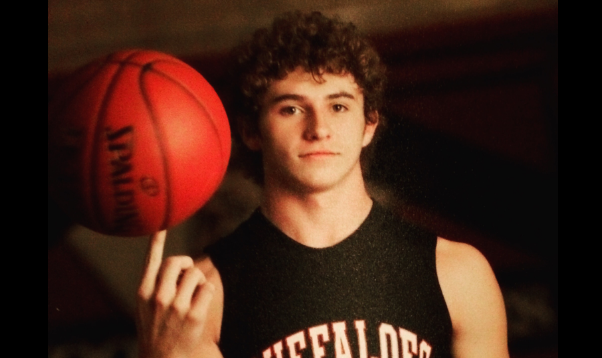 Braden Leitner, a 5-foot-6, 140-pound, senior guard, isn't an intimidating athlete by the eye test, but that hasn't stopped him from being an impact basketball player since his arrival on the court as a freshman for the 1A-I Rawlins County Buffaloes, a school located in Northwest Kansas in the small town of Atwood that has roughly 1,200 residents.

Now a senior guard, he has averaged in double figure points in all four years of high school. Leitner also went over 1,000 points earlier this season and is averaging 18.3 points per game as a senior. He can do a little bit of everything as he is averaging three steals, 3.6 assists and 4.3 rebounds per game. As a junior last year he averaged 13.3, as a sophomore he averaged 13.8 and as a freshman he averaged 12.3 points per game. He is looking to be a four-time all-league honoree at the end of the season.

It's not just Leitner that is having a big career either for the Buffaloes, teammate Nick Withington has been a mainstay for the program since his freshman year also. Withington just went over 1,000 points on the season last week. It's not every day you see two players from the same high school score 1,000 points in the same grade and same year.

Pretty good is right as this was a program that was 0-21 when the two were freshman and are now a program that is 15-5 on the year entering sub-state play on Thursday. Two of the losses this year came to #1 ranked Hoxie (2A) and also a close loss to St. Francis, who made the state tournament a year ago.

Atwood-Rawlins County, led by head coach Ryan Marvin, begins sub-state play as the one seed this Thursday in Dighton as they host Stockton. With a win it would put Rawlins County in the sub-state championship against either Dighton or Brewster/Triplains. Atwood-Rawlins County has not made the boys state basketball tournament since 1994 and that's before the high school was called Rawlins Co., then just Atwood High School. It would be quite the accomplishment to get back to the state tournament for this years group. We caught up with the 1A-I all-state candidate below in the latest Q&A edition of Faces in Kansas.

I got really into sports when I was little, I would go play basketball in my driveway with my dad and my brother. I’ve also watched as much college basketball as we could for as long as I can remember.

This season has brought a lot of things to be proud of, 3rd at the Castle Rock Tournament and 2nd place at the League Tournament. We are hoping to go into sub-state and do what we know we can and make it to the State Tournament.

Playing for my coach has its ups and downs but from going 0-21 freshman year to this year is ridiculous. I didn’t expect a season like this throughout my high school career, especially after freshman year.

I think I am more of a playmaker, I will shoot when I feel is needed but I look for my teammates when I don't have anything.

I would like to play in college, but I’m not sure if I am what colleges are looking for.

I do, I play football and also I golf.

Growing up in Atwood has taught me a lot of things, and I have enjoyed living here with friends I have.

My favorite subject is Woods, I like building things with wood.

I see myself out of college, living on my own, and probably a teacher and assistant basketball coach.

Big Eds in Bird City is a good steak place that is good around me. That and I enjoy going to Mojo’s in town.