v Faces in KS: Mason Griffin - Sports in Kansas 
Warning: include(../includes/bodytag.php): failed to open stream: No such file or directory in /home/kansass/public_html/ks/news/index.php on line 36 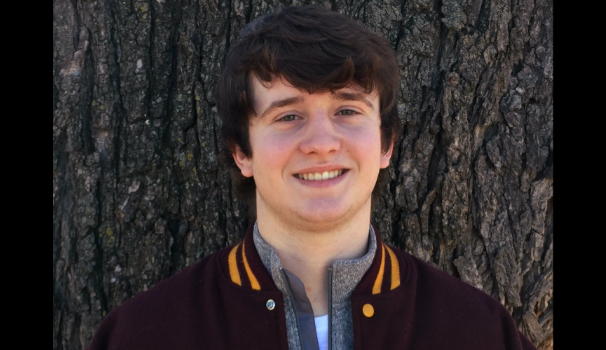 As soon as Mason Griffin entered his freshman season on the Silver Lake basketball court two seasons ago he was an immediate impact player and things haven't changed since for the 6-foot-2 junior guard.

Griffin has went over 1,000 points in his career earlier this season and has averaged at least 18 points a game over the last two seasons for the Eagles as a sophomore and junior after averaging 14 points per game as a freshman. Griffin is also averaging six assists this season after averaging four as a sophomore last year. Griffin is a shooter and has been playing basketball from a very young age. He already holds the Silver Lake record for career free throws made in a career with an entire season left to play.

"I have had a ball in my hands as long as I can remember. I am a shooter and I have developed my game around that throughout the years. I have other parts of my game I need to work on as I need to get quicker, faster, and stronger to develop into the player I want to be." Griffin said.

Griffin, who continues to improve his game, has recieved several honors in his young career so far. Last season as a sophomore, he was an All-3A pick from Sports in Kansas, Topeka Capital Journal and the Wichita Eagle. He has also been a two-time first team All Mid East League pick in his two seasons of high school and will likely repeat on all of those above lists again in 2018 as a junior.

He doesn't shine in just one sport either as he had a breakout year for the traditional state power Silver Lake football team this fall. Griffin was the starting quarterback as he racked up 1,883 passing yards with 20 touchdowns to just five interceptions over the 2017 season. He also added three more scores on the ground and will be one of the top returning quarterbacks in the smaller classifications of Kansas for the 2018 football season for legendary head coach C.J. Hamilton, also an assistant coach on the basketball team for head basketball coach Linndy Frieden.

Griffin will look to get his team into the 3A state tournament again this season after losing to Marysville in the state tournament last year as the Bulldogs would go on to win the 3A title. Marysville has now moved up to 4A-II. Silver Lake, led by head coach Linndy Frieden, won its opening round game against rival Rossville on Monday and will now face St. Mary's in Thursdays 3A sub-state semifinal in Silver Lake, the host of the 3A sub-state. The winner will face the winner of Perry-Lecompton and McLouth on Saturday in Silver Lake for a berth to the 3A state touranament in Hutchinson. Silver Lake is currently 16-5 on the year and is the two seed in the sub-state as Perry-Lecompton is the one seed.

We caught up with the junior sharpshooter below in the latest Q&A edition of Faces in Kansas.

My dad pretty much had a ball in my hands from a very young age. He definitely got me started.

Last year we were able to go to the state tournament, but lost to Marysville who eventually won. This year I think we have a great shot to get back and make a run at a championship.

What is it like to play for your basketball coach?

My coach trusts me and will listen if I have input, so it is a comfortable environment knowing he is willing to listen and do what he can to keep us moving forward as a team.

I am a shooter and I’ve developed my game around that throughout the years. As far as weaknesses I need to get quicker, faster, and stronger. My defense has room to improve as well.

I haven’t received any interest, but playing at the next level has always been a goal of mine.

We have 5 seniors who all contribute. Ethan Cregan has been a standout this year. He is a 6’5 post and he’s improved more than anyone that I’ve ever witnessed just in the past year. Dillon Byrne is a junior and he is a great shooter. When he gets hot he is impossible to slow down. Both guys help spread the floor on offense and make the team better.

John Long from Santa Fe Trail is the best we’ve played this year. He is ridiculous with the way he can shoot off the dribble. Martin Vogt from Rock Creek is another great player. He is a great scorer and can play inside or out.

It is an everybody knows everybody community. It has been my home most of my life and I enjoy it. There’s rich tradition in the athletic programs and it’s a great school as well.

I’d like to get my Business Degree and eventually run my own business.

What was it like to score 1,000 points earlier this season?

Scoring 1,000 was a big accomplishment for me. The actual night wasn’t great because we lost in a blowout fashion, but it was still a pretty cool thing.