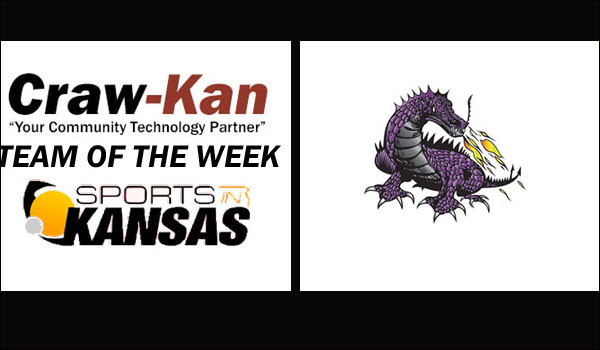 The Pittsburg High Purple Dragons boys basketball team has earned Craw-Kan "Your Community Technology Partner" Team of the Week honors after their 76-48 road win over Louisburg on Friday night to being the 2017-2018 season.

The Purple Dragons, who are ranked #7 in the latest coaches association poll, led 38-22 at the half and dominated the game. Pittsburg High may be the top team to watch in the area this year with a loaded cast of players that return off a team that made their first state tournament in 20 years last year. The Dragons feature Marque English, Chase Curtis, Gavyn Elkamil, Jerek Buther, Drew Roelfs, and Trent Austin.

Pittsbug High will be back in action on December 12th where they will face the Independence Bulldogs at home.