v Kpreps Helmet Stickers - Week 2 - Sports in Kansas 
Warning: include(../includes/bodytag.php): failed to open stream: No such file or directory in /home/kansass/public_html/ks/news/index.php on line 36 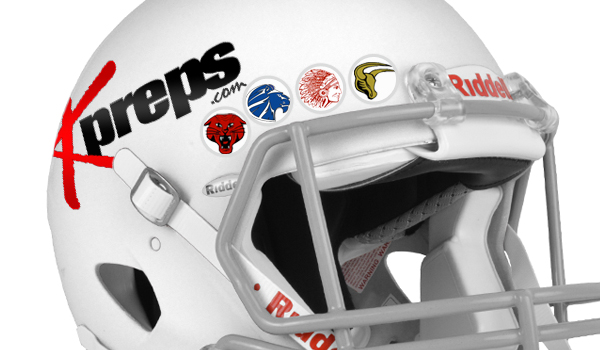 Back to Kpreps this fall, our contributors will hand out helmet stickers to a team or individual that delivered the most important performance of the week in their opinion. Check back each Sunday to see that week’s helmet stickers, and follow @Kpreps on Twitter and Facebook to watch as the Kpreps helmet fills up with stickers as the season goes on.

Just two games into the season Ellsworth's hire of former Northern Illinois defensive backs coach and Ottawa University defensive coordinator Josh Homolka is paying off. With Friday's 28-22 overtime win over traditional North Central Activities Association power Beloit the Bearcats grabbed control of the NCAA league race and are the lone unbeaten team in the conference. Friday's win was just the second over the Trojans in the last 14 seasons, with the last coming in 2009.

Homolka, a Claflin native and former KU linebacker, spent last fall as the Huskies defensive backs coach where he coached alongside former KU teammate Kevin Kane, the Northern Illinois DC. Prior to coaching at Northern Illinois, Homolka spent eight seasons as the defensive coordinator for Ottawa University in Ottawa, Kan., where he was a a finalist for the 2013 AFCA NAIA Assistant Coach of the Year Award and was named the 2011 KCAC Assistant Coach of the Year as selected by the league’s head coaches.

The Bearcats should be favored in the next four games before heading into a tough district that features 3A power Hoisington and a Larned team looking to build off last year's district runner-up finish and playoff win after starting the season 0-6.

My helmet sticker this week goes to the Goddard Lions after their impressive 50-20 win over Derby.

The Lions, ranked second in the Kpreps Class 5A poll, threw an early knockout punch on the two-time defending 6A champs by building a 22-0 first quarter lead. The Lions eventually led 43-6 at halftime and 50-14 in the third quarter.

Last season Derby cruised past Goddard 35-6 in a game that was called final at halftime due to severe weather. Friday’s win by the Lions ended Derby’s 24-game win streak.

Coach Scott Vang is now 28-26 in his six seasons at Goddard. The Lions had posted a 9-28 record the four seasons prior to Vang taking over.

This Goddard team looks determined to get back to the Class 5A state championship game in Pittsburg and complete for the title that they came within inches of winning last season.

Coach Randall Rath took over the Hays High program before the 2015 season. The Indians are 5-15 under Rath but have played solid defense and posted several marquee wins. In his first year, HHS won at Wichita South. Last year, HHS earned victories versus Scott City and Abilene.

On Friday, the Indians defeated longtime rival Great Bend, 21-20 in overtime at Lewis Field Stadium. No team scored in the first half. Hays High took a 14-7 lead with 6:31 left. GB, a Class 5A sub-state team in 2016, tied the game late. The Panthers had another chance late but missed a 43-yard field goal.

GB scored on the first possession of overtime and missed the extra point for a 20-14 lead. Then, HHS quarterback Hunter Brown tied the game at 20 on a three-yard run. Logan Clark kicked the game-winning extra point for a 21-20 victory. Brown led Hays High with 23 carries for 115 yards and two scores.

Hays High is 6-8 in the last 14 meetings against the Panthers and ended a two-game losing streak versus its rivals. Three of those home victories came by a combined eight points, including 43-42 in 2011.

The win again showcased Rath’s defensive acumen. He had a highly successful run at Oakley that ended in 2013 when the Plainsmen led the state in scoring defense at 3.9 points allowed a contest.

Last year, Hays High tied for 25th out of 32 Class 4A-I teams in scoring defense, according to Prep Power Index. However, the Indians have ranked in the top-three in its classification’s strength of schedule both years. With the schedule context, HHS’ defense is much better.

In seven of the last 11 contests, Hays High’s defense has held the opponents’ offense under its scoring average relative to its other games. GB opened with a 41-18 win against 4A-I Coffeyville before scoring 21 points fewer versus the Indians.

The Mavericks are off to a 2-0 start with an impressive 9-0 shutout victory over No. 2 ranked McPherson on Friday. Maize South, well-known for its defense over the last several seasons, have yet to give up a point this season.

The defense even scored two points in their 9-0 victory forcing a safety just right before half. After the McPherson free kick set up the Maverick offense in good field position, Maize South scored the game’s only touchdown as the second quarter ended.

The Mavericks will be heavily favored in a road matchup at KC Washington this week before returning home to host Buhler in Week 4.