Alaina Gfeller has been named Nex-Tech Wireless Western Kansas Athlete of the Month. 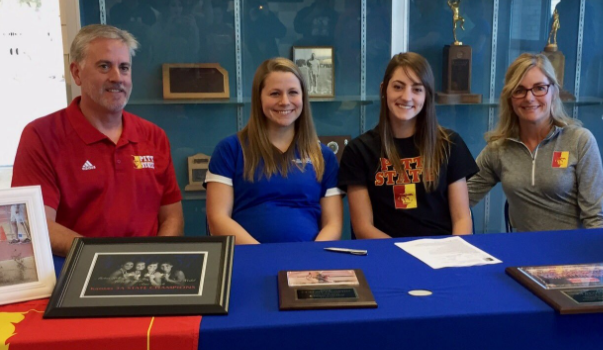 The Nex-Tech Wireless Athlete of the Month from Western Kansas for their performance over the month of April 2017 is Russell High School senior track and field athlete, Alaina Gfeller.

Gfeller, a Pittsburg State signee, has been one of the top track and field athletes in 3A over the last four seasons. She currently ranks near the top in all classifications of Kansas in the triple jump, fifth to be exact and number one in 3A, at 37-10.75. She also features a season best long jump of 17-00.75, which ranks second in 3A this season, and her all-time PR is 17-11 last season. At the state outdoor last May, Gfeller won the 3A long jump, took second in the triple jump, second in the 400 meters and was part of the back-to-back state champion 4x400 relay squad.

Russell who has their league meet this week, will host the 3A regional on May 19th. Nex-Tech Wireless would like to congratulate Alaina on a great season and career so far!