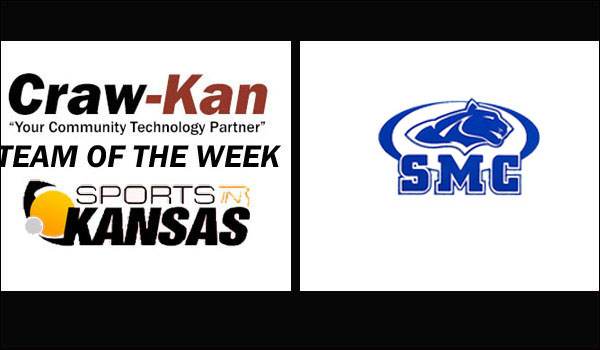 The Craw-Kan "Your Community Technology Partner" Team of the Week from the Southeast Kansas area is the St. Mary's Colgan Panthers baseball team for their three wins last week over the 2017 baseball season.

The Panthers, led by head coach Mike Watt, picked up three key CNC victories with one win over Frontenac, 9-3, and two wins over defending 4A-II champ Baxter Springs, 8-2 & 8-4, last week. Against Baxter Springs, Colgan picked up two victories over two of Baxter's all-state pitchers, Kaid Karnes & Jarret Dotson. Senior Zach Hizey got the win for the Panthers in game one, while Matt Lomshek came on in releif to finish the game. Sophomore Parker Wydick picked up the win in game two, throwing the entire game and allowing four runs. The Panthers picked up 13 hits in game one. Bryce Hutchins, Cade Simmons, Simon Higginbotham, Drew Beck, Tyler Brynds, Garrett VanBecelaere and Logan VanBecelaere all had multiple hits for the Panthers over the Lions.

Colgan will be back in action on Wednesday at home against Webb City (Mo.). The Panthers are 3-1 on the season with a 3-0 mark in CNC league play.