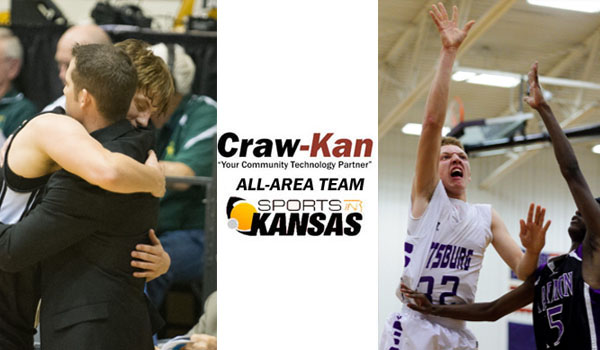 English, an all 5A selection this season as 6-foot-5, junior, helped lead the Purple Dragons to their first appearance in the 5A state tournament since 1997. English is a repeat first team selection on the All-Area Team after making it as a sophomore in 2017. English averaged 16 points per game and 8.3 rebounds per game this season. (Photo in feature: Jon Cooper, Morning Sun)

Varsolona, in his first year as the head coach of the Raiders, in his second stint with the program, led FHS to the CNC league title for the first time in 13 years. He also took the Raiders to the state tournament for the first time since 2004. The Raiders, were one of the most balanced teams in the area, featuring seven players that averaged at least five points per game. (Photo in feature: Derek Livingston Photography)