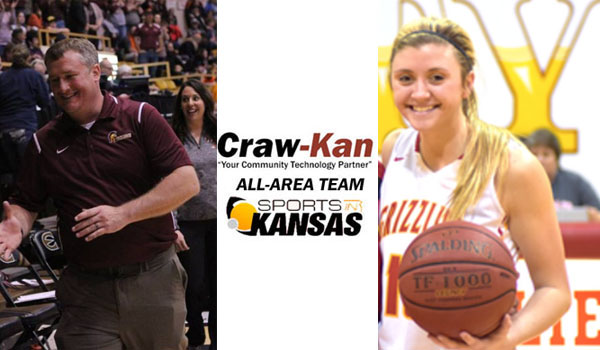 Gegg, a junior guard, averaged 26 points per game for the Grizzlies over her junior year and has earned Craw-Kan Player of the Year the last three seasons. She led the Grizzlies to a 4A-I state tournament berth this season. Gegg is on pace to score over 2,000 points in her career next season. (Photo Credit Feature: Sean Frye, Parsons Sun Sports)

Herlocker has done something no other coach in the history of Girard High School has done and that is win a state title at the school. The Lady Trojans captured the first state title in school history with their 54-48 victory over Jefferson West in the 4A-II state title game in Emporia. Herlocker led GHS to a 24-1 record in 2016-2017, with their only loss coming to 6A ranked Washburn-Rural in a game that was not originally on the Trojans schedule. (Photo Credit Feature: Joyce Kovacic, Hometown Girard)