Ben Pyle of McPherson is averaging over 21 points per game. (Photo: Cindy Kinnamon) 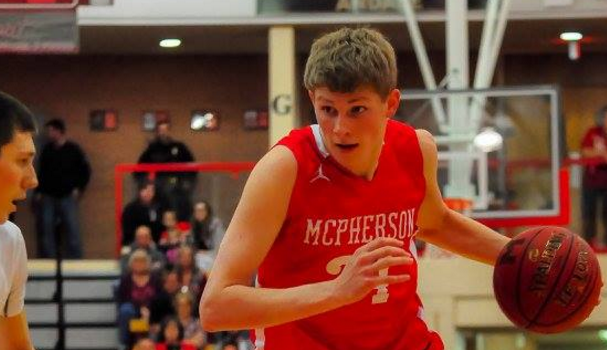 The Nex-Tech Wireless Athlete of the Month for their play over January for Central Kansas is McPherson junior Ben Pyle.

The Bullpups are currently 11-4 and ranked seventh in the state in 4A-I. The Pups, led by head coach Kurt Kinnamon, will be back in action on Friday at El Dorado. Mac also features Jake Alexander who is averaging over 13 points per game this season.