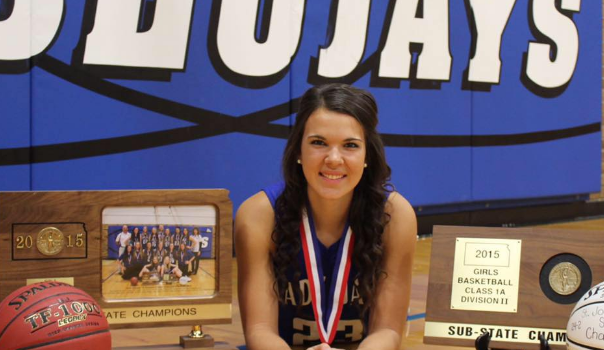 Brenna Eilert, 5-foot-10 senior at Beloit-St. Johns/Tipton, has been named the Nex-Tech Wireless Central Kansas Athlete of the Month for her play over the month of December.

Eilert is also an all-state track and field athlete and was part of the state champion 4x400 relay as a sophomore in 2015 in 1A.

St. Johns/Tipton, who won the state title in 1A-II two years ago in 2015, is currently ranked #6 in 1A-I this season in the latest KBCA poll released right before the holiday break.