v Numbers in Kansas: Looking at the 2016 5A Playoffs - Sports in Kansas 
Warning: include(../includes/bodytag.php): failed to open stream: No such file or directory in /home/kansass/public_html/ks/news/index.php on line 36

Numbers in Kansas: Looking at the 2016 5A Playoffs 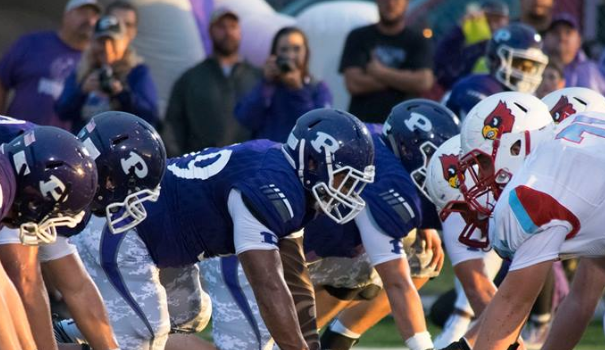 5A First Round KSHSAA Matchups

Throw the records out.

This is no automatic win for #4 Pittsburg (5-3) against #13 BV Southwest (1-7). Southwest may have a bad record but they are capable of playing with anyone in 5A East. The Eastern Kansas League is the deepest league in the state and Southwest has a very quality win in their week seven upset over Aquinas. Pittsburg, who has lost to three Missouri opponents that were ranked at the time, has been great against Kansas compeition and will be favored, but do expect this to be a better game than you may think by looking at records. The strength of the Dragons is their defensive line that includes Northwestern commit, Trevor Kent (6’5” 257-pounds), Deveron Duncan (6’3” 270-pounds), Nathan Neef (5-11 211-pounds) and Nathan Woods (6’3” 220-pounds). The Dragons also had state wrestling champion & Air Force commit Kayne Hutchison (6’0” 235-pounds) at defensive line but is out for the year with concussions.

Schlagle does get the one seed on 5A east based on how we do seedings this year, but the Stallions schedule hasn’t been anywhere close to the majority of teams in 5A this season. Their schedule is ranked 32nd out of 32nd by Prep Power Index for Class 5A this season. Maybe Schlagle can prove experts wrong that don’t think they have a chance. They do feature one of the better backs in the state in Cornelius Ruff who has led the state of Kansas in rushing this season. Their four wins against Kansas competition only combined for seven total wins this season. This is where maybe strength of schedule needs to come into play of the 5A schedule, which it currently isn’t in the seeding process for 5A/6A. In our opinion, if we had to seed these based on who we think would be the top 16 teams regardless of record, we would have Schlagle around the 9th-12th spot on the 5A East and they are the number one overall seed for 5A East. However, Schlagle has taken care of business on what’s in front of them with the current seeding system, so hats off to them for getting the job done so far in 2016. Week nine of the playoffs should be a winnable game for the Stallions against Highland Park (0-8), but week two against Shawnee Heights (3-5) or St. James Academy (4-4) could be a whole different story as both of those squads have been heavily tested in 2016.

Yes they do in 5A this season. Shawnee Heights (3-5) and St. James (4-4) will meet up in opening round of the playoffs and both have a shot to win a couple of playoff games this season. Both have been tested and whoever wins on Friday between the two will get the winner of a non-tested Schlagle (7-1) squad or Highland Park (0-8). There are only four teams with above a over a .500 record (Pittsburg, Schlagle, Seaman, Aqunas) and all have shown they are beatable. Mill Valley is 4-4 and could be a team we are talking about playing for a 5A title, they have taken their shots lately but still a very quality team with losses to a very good EKL schedule. Even Blue Valley Southwest at 1-7, who beat Aquinas, has quality losses to a very good EKL schedule as well, shows they could hang around with anyone. Aquinas, Mill Valley, Seaman and Pittsburg are going to be your favorites, but 5A East is wide open with the way this season has gone so far.

As much as the East is wide open, so is the West. Nobody is undefeated, even though Great Bend and Wichita Heights very well could be with their close losses to Garden City (OT) and Bishop Carroll. Four teams are 7-1 (Heights, Great Bend, Valley Center, Goddard), however the favorite could be a 6-2 team in Bishop Carroll, yes we are factoring in tradition and being there in big games. We really feel like the top four teams from what we’ve seen are in no particular order: Great Bend, Carroll, Heights, Goddard. Great Bend, in our opinion got a break with their loss, cause it put them in a very favorable bracket as the two seed. Andover, Goddard Eisenhower, Valley Center, and Maize are possible opponents before the semis, but we don’t feel like they are the caliber of Great Bend heading into the playoffs. We don’t see anyone until the semifinals that should be favored over the Panthers. On the top bracket, it will be a much tougher path with Heights as the one seed, Goddard as the four seed and Carroll as the five seed in the mix. The problem here is Valley Center (7-1) gets a three seed over four seed Goddard (7-1), who they lost to by 42 points. This is why Great Bend’s path is much easier to the semifinals than that of Goddard, Carroll or Heights. What could be interesting for Great Bend is they could see Andover in the second round of the playoffs, piting Andover first year HC Tony Crough against his Great Bend team from last year.

Let Sports in Kansas Seed Them

If we had to rank East and West, despite the current system this is how we would based on the play after eight weeks with schedule and regardless of record.